We’re thrilled to announce that Snow Patrol are making a triumphant return to Latitude Festival to perform their latest album ‘Reworked’ live.

But, that’s not all as we’ve also added over 60 new music and arts names to your Latitude 2020 line up.

Don’t miss these acts and our headliners HAIM, Liam Gallagher, The Chemical Brothers and Bill Bailey when Latitude returns for our celebratory 15th-anniversary edition in the beautiful surrounds of Henham Park, Southwold, Suffolk on 16th-19th July 2020.

Weekend and Day tickets are on sale now!

Snow Patrol were forced to cancel their headline slot at last year’s festival due to illness. So, we are absolutely delighted to have the band back to perform on the Obelisk Stage for you in a special Sunday lunchtime slot at Latitude 2020.

It’s going to be a momentous show as Snow Patrol celebrate 25 years together and the release of their astounding album, ‘Reworked’.You can expect to be whisked away by hits such as ‘Crack The Shutters’, ‘Run’, and ‘Chasing Cars’ as they’re emotively reimagined with a live orchestra in the idyllic surrounds of the Obelisk Arena.

Speaking about their upcoming performance, the band said: “Snow Patrol are thrilled to perform our Reworked set (featuring 14 musicians no less) as special guests. Having played the first ever Latitude in 2006 we were gutted that injury forced us to cancel our headline slot last year. Thank you Latitude for giving us another chance to make it up.”

Latitude is all about discovering the brightest new artists, so we’re excited to share that Brits Critics’ Choice nominee Mahalia is performing on the Obelisk Stage. Already something of a legend, Mahalia was signed to a major label at 13, has supported Ed Sheeran, Emeli Sandé and Jorja Smith and racked up 21 million views on her track ‘Sober’.

Singer-songwriter City And Colour, part of hardcore luminaries Alexisonfire, is also set to perform for you on this iconic stage. City And Colour’s solo material, including his sixth album, ‘Pills For The Loneliness’, will immerse you in waves of lush guitars, ethereal orchestration, and heavenly delivery.

In the Obelisk Arena, you can also worship queen of grime Nadia Rose, dance your heart out to pop-star Tove Lo, rise up with strong harmonies of West African supergroup Les Amazones D’Afrique and groove to the psychedelic soul of Grammy Best New Artist 2020 nominees, Black Pumas.

Over to the BBC Sounds Stage and prolific psych-rockers King Gizzard & the Lizard Wizard are your Friday night headliners. You’re destined to watch a phenomenal set as the band are renowned for their kinetic live shows that draw from their extensive 16 album back catalogue, including 2019’s ‘Fishing For Fishies’ and ‘Infest The Rats’ Nest’.

The striped tent on the hill is also set to be filled with the kaleidoscopic pop of La Roux. The solo artist recently made a victorious return with her neon-beach-tinged aesthetic third studio album, ‘Supervision’, which is sure to raise the roof.

Making a warm return to Henham Park is incendiary performance artist Kate Tempest. Nearly a decade on from her Latitude debut, Kate will beguile you once more with her emotive lyricism and recent album, ‘The Book of Traps and Lessons’.

Also taking to the BBC Sounds Stage is bilingual singer-songwriter Cate Le Bon, dream-pop duo Purity Ring, who will perform tracks from her highly anticipated new album ‘Womb’, electro R&B innovator Banks with the rich R n’ B of her third album, ‘III’, and many more artists on this truly eclectic bill.

If you’ve ever been to Latitude, you know the Sunrise Arena is the place to watch credible underground acts. This year is no exception as we’re elated to have grime icon Ghetts headlining the stage on Friday and Madrid garage-pop queens Hinds headlining on Sunday.

Throughout the weekend the stage is exploding with range of trailblazers to awaken all of your senses including Miraa May, LA Priest, Miss Grit, Bad Sounds, MarthaGunn, Confidence Man, Joesef, Oklou, Lola Young, Sorry, Men I Trust, Chloe Moriondo, Lyra, Porridge Radio and more to be announced.

The 15th celebration of Latitude wouldn’t be complete without world class comedians and spectacular up and coming stand up stars to give you all the belly laughs.

So, we are thrilled to have Simon Amstell returning to the festival to headline our magnificent Comedy Arena. Fresh from his critically acclaimed debut feature film, Benjamin, Simon is going to be performing a brand new stand up show at the festival for you. 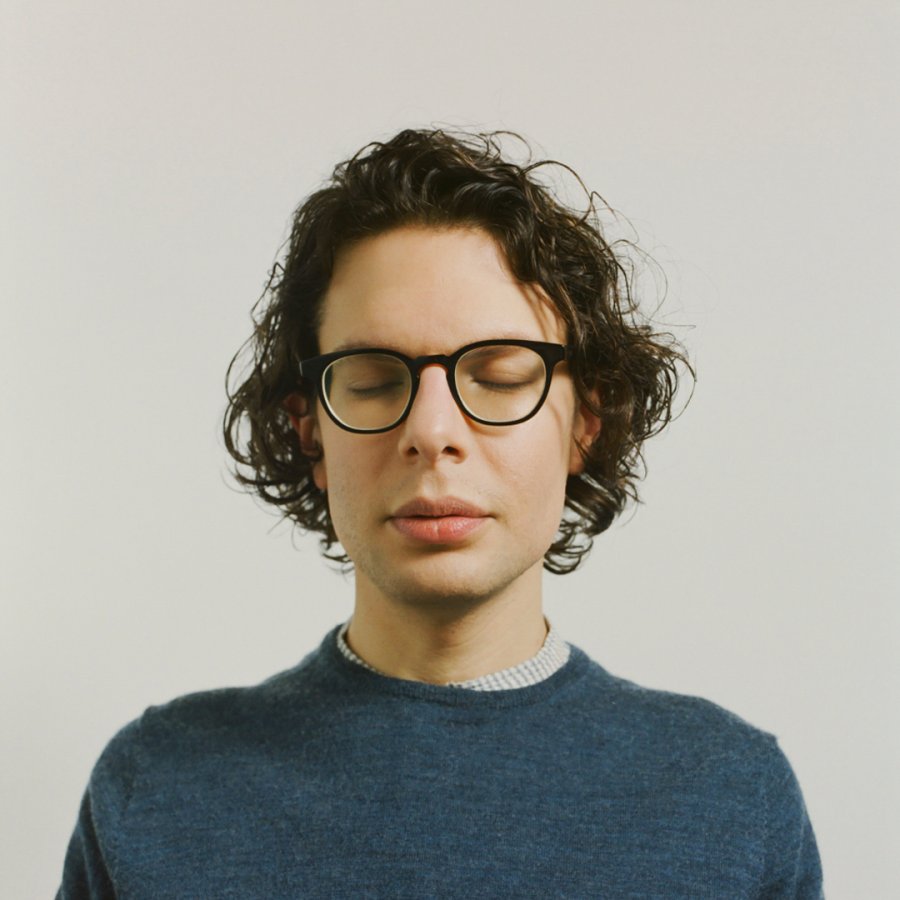 If you love podcasts (and who doesn’t!) then you’re in luck as our podcast stage The Listening Post returns to the Latitude woods packing the hottest talent around.

Ready to make you howl are Grumpy Old Women writers Comedian Jenny Eclair and Judith Holder with a live broadcast of their Older And Wider podcast.

Intrigued? We’ll let Jenny Eclair fill you in: “Expect ‘twinge of the day’ and conversations about being ‘too old for early retirement’ and ‘too wide to get into most public loos without doing a three-point turn’”

Craig Parkinson (The Line of Duty, Four Lions) is also bringing his The Two Shot Podcast to The Listening Post Stage. Craig will be interviewing a very special guest at the festival as part of this podcast dedicated to the highs and lows of acting.

Returning to The Listening Post to discuss poems as friends with some very special guests is The Poetry Exchange. Making its Latitude debut is acclaimed sitcom Brian And Roger, featuring Harry Peacock (Toast of London) and Dan Skinner (Angelos Epithemiou).

Pod Bible – the UK’s first-ever magazine dedicated to podcasts – will present the aptly-titled Pod Bible Live. And, finally, the winner of The British Podcast Awards Best Live Show category, supported by Latitude Festival, will also perform for you on The Listening Post Stage.

Walk into The SpeakEasy and rabble-rousing wordsmiths and emergent talents will once again show you the power of language.

The Women’s Prize for Fiction are celebrating their 25th anniversary with a very special headline talk from bestselling novelist Kate Mosse. Whilst, Man Booker Prize longlisted author of The Water Cure, Sophie Mackintosh, will launch her issue of Five Dials with special guests.

Salon London will do the literary legwork for you as they present Gigantic: 300 Books You Won’t Have To Read. And, self-titled sexpert Flo Perry will present a talk based on her book How To Have Feminist Sex: A Fairly Graphic Guide.

Still hungry for more literary wonders? We’ve got more names to delight every cultural palette as Raynor Winn will present her magical and life-affirming new book The Wild Silence, Patrick Barkham will keep us firmly grounded in nature with his new book, Wild Child, and Laura Dockrill presents What Have I Done? Her honest, taboo-breaking memoir about struggling with postpartum psychosis. 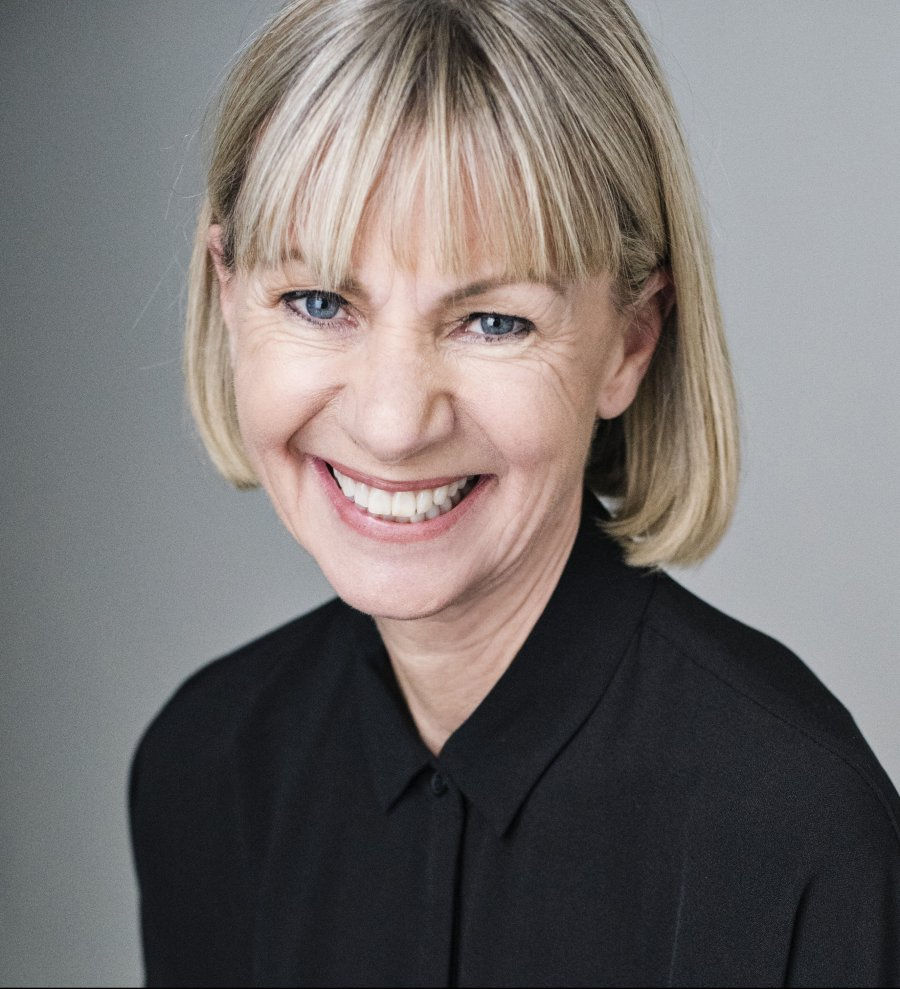 Finally, we couldn’t leave you without sharing these newly-announced names. For a vocal warm-up before Liam Gallagher’s headline show, head to the Music & Film Arena as Salon London and take a closer look at ‘Cool Britannia’ with Don’t Look Back in Anger followed by Britpop-aoke.

Whilst on the stunning Waterfront Stage the Birmingham Royal Ballet will make their debut led by new artistic director Carlos Acosta.

Visit our Latitude Artist A-Z to discover all of the artists performing at Latitude Festival on 16th-19th July 2020 in resplendent grounds of Henham Park, Southwold, Suffolk.