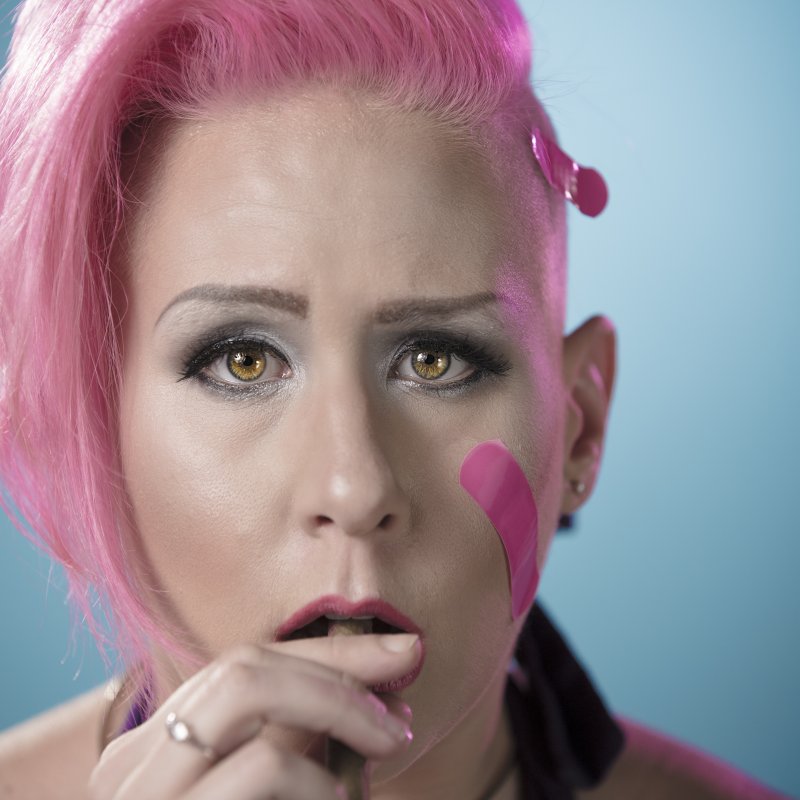 Abigoliah returns to MC the Comedy Arena Latitude for a third year.

Frank, funny, and unapologetic. She first showed her face in the UK comedy scene when she became a finalist in the Funny Women Comedy Awards 2010 and has grown a Edinburgh Fringe following coming back yearly ever since. She moved to London in 2014 and has become a regular on the circuit. She was named “One to Watch” at Leicester Comedy festival 2017 and The List named her “Top 5 Up and Coming Female Comedians”. It’s also been said she’s “Worthy of a Netflix Special.” -Chortle

She has been featured on Comedy Central, Channel 5, and BBC Radio 4 Extra, and The Guilty Feminist Podcast, with Deborah Francis White.