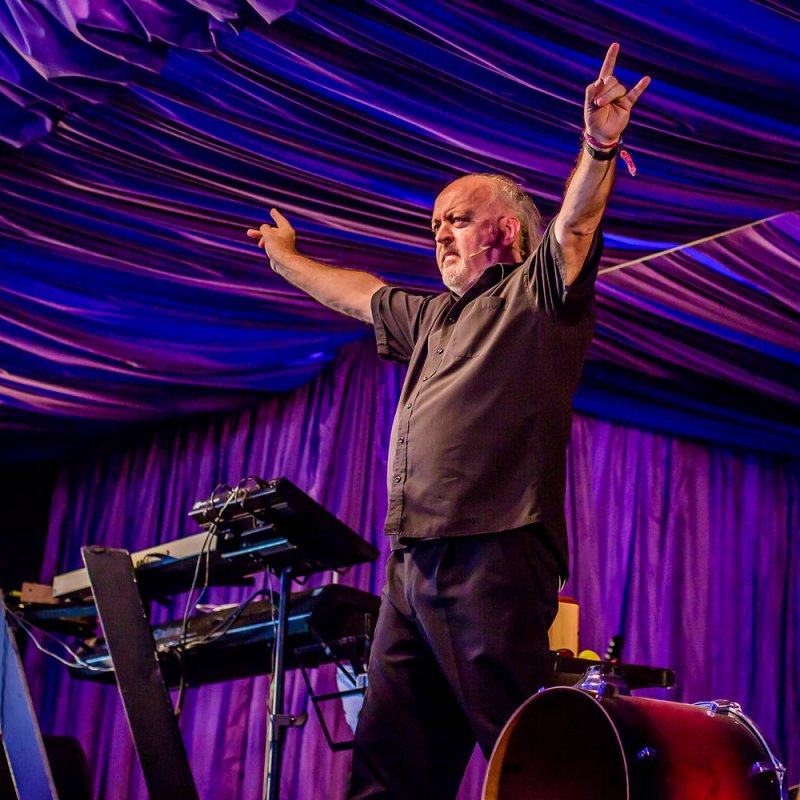 His extensive career ranges from international stand-up comedy tours to performing on television, film and radio, duetting at HRH Prince Charles’ 60th birthday with Robin Williams, and performing at the Royal Albert Hall with a full BBC Concert Orchestra. He played Manny in the BAFTA award winning Black Books, and he was for many years team captain on the popular BBC music panel show Never Mind the Buzzcocks. He is a regular panelist on the hit BBC panel show QI, along with writing and presenting numerous TV wildlife documentaries and has recently filmed the comedy drama ‘In The Long Run’ created by Idris Elba.

Expect to be entertained by Bill’s trademark blend of satire and surrealism, stories and dismantled jokes, crowd sing-alongs, weird instruments and musical showstoppers.