We’ve added yet more names to your cinch presents Latitude 2021 line up!

Supergrass, Sons Of Kemet, Villagers, and many more music and arts names will be joining us in Henham Park in July.

Will YOU also be there? Tickets, including day tickets, are on sale now!

See below for all the new artists announced.

One of the UK’s greatest pop bands, Supergrass will open the main stage on Saturday as our very special guests, injecting  some much needed fun into the summer. The iconic Britpop band reformed in 2019 to the delight of their fans and the joyous, life-affirming energy of their catalogue of hits including ‘Richard III’, ‘Sun Hits The Sky’, and ‘Pumping On Your Stereo’. This Latitude slot comes off the back of their 25th anniversary tour, iconic set closer ‘Alright’ is a must-see!

Following the release of their critically acclaimed album Black To The Future, Mercury-nominated quartet Sons of Kemet join Latitude as the final BBC Sounds stage headliner. Known for their dynamic, high-energy live sets and hailed by many as the best live band in the UK right now, Latitude will be the band’s biggest headline show to date.

Villagers also join the bill ahead of their much anticipated fifth studio album ‘Fever Dreams’.

Prepare for a riotous summer weekend of laughter as even more comedy names join the bill. 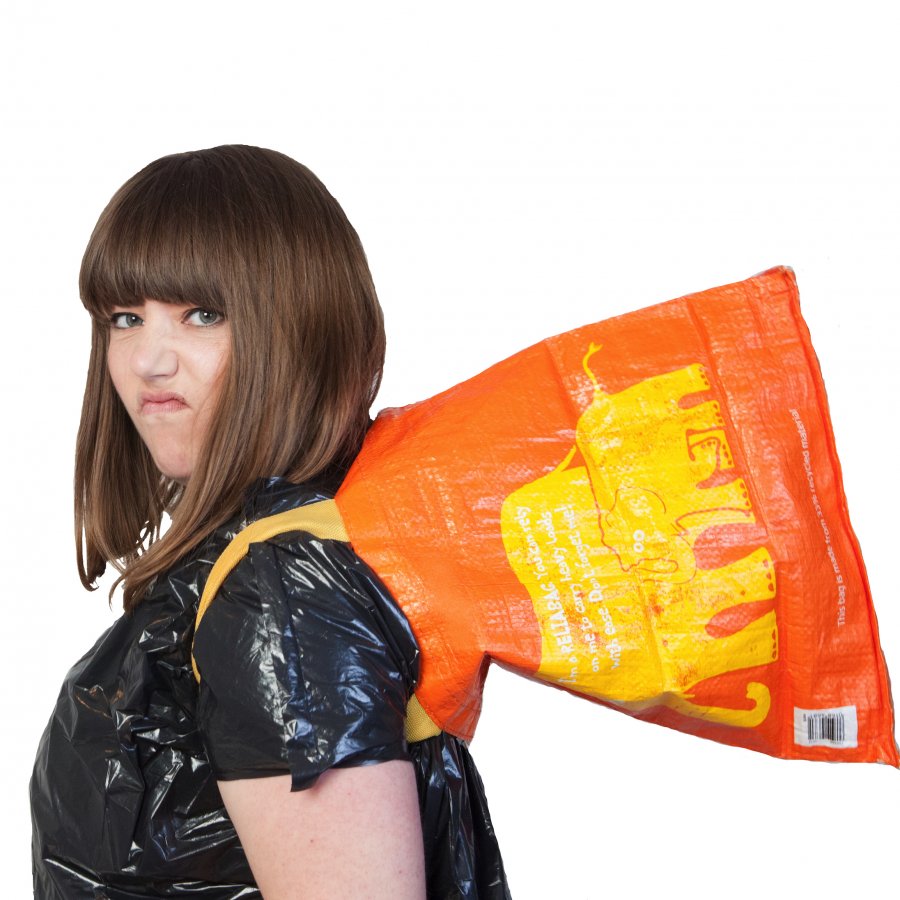 And that’s not all!

Inspiring novelist Andrew O’Hagan will discuss his stunning new novel Mayflies while the ClassFest Showcase Tour will make a stop at Latitude, as Natasha Carthew talks to fellow writers including acclaimed poet André Naffis-Sahely about what it means to be a Working Class Writer. Returning for their regular slot, The Psychologist magazine will present Professor Greta Defeyter discussing child food poverty.

Legendary couture designer Giles Deacon will speak at the festival for the first time in The Ballroom.  as part of a programme presented by Hospital Rooms, the arts and mental health charity that commissions extraordinary artworks for NHS mental health inpatient units across the UK. Winner of British Designer of the Year Award, GQ magazine’s Designer of the Year, and British Fashion Council’s Fashion Forward Award, Deacon is currently working with Hospital Rooms on a project in a psychiatric intensive care unit for men in East London.

The Listening Post, a whole stage dedicated to the diverse and creative art form of podcasts, announces a slate of shows recording live episodes at cinch presents Latitude,  including film critic Anna Smith’s Girls On Film, a review podcast from a female perspective, My Mate Bought A Toaster which explores comedians life stories through past purchase histories hosted by Tom Price, Kermode on Film, a podcast with film critic Mark Kermode which includes movie guests and questions from the audience and Say Why to Drugs, a definitive and authoritative guide to drugs and why we’re all hooked with Dr Suzi Gage.

Rich Wilson talks to funny & interesting people about their experiences with men’s mental health in Insane in the Men Brain, The Poetry Exchange Podcast shares conversations about a beloved poem and psychologist, author and star of The Great British Bake-Off Kimberley Wilson is on a mission to help us understand and protect our brains in her Stronger Minds podcast.

In a stand-out moment, classically trained composer and electronic music pioneer Kate Simko will bring London Electronic Orchestra to the iconic Waterfront Stage,  for a live dance collaboration with DistDancing.

Latitude has long celebrated the visual arts across the site, and this year, the trees of the beautiful Faraway Forest will be integral to that celebration, as the home to two new installations. Ray of Light, by Steve Macleod, inspired by the light flare of the sun in the landscape, will spread throughout the Forest canopy, while down on the ground, this year sees SMCM present the Latitude Tree Appreciation Society founding meeting and cyanotype workshop. 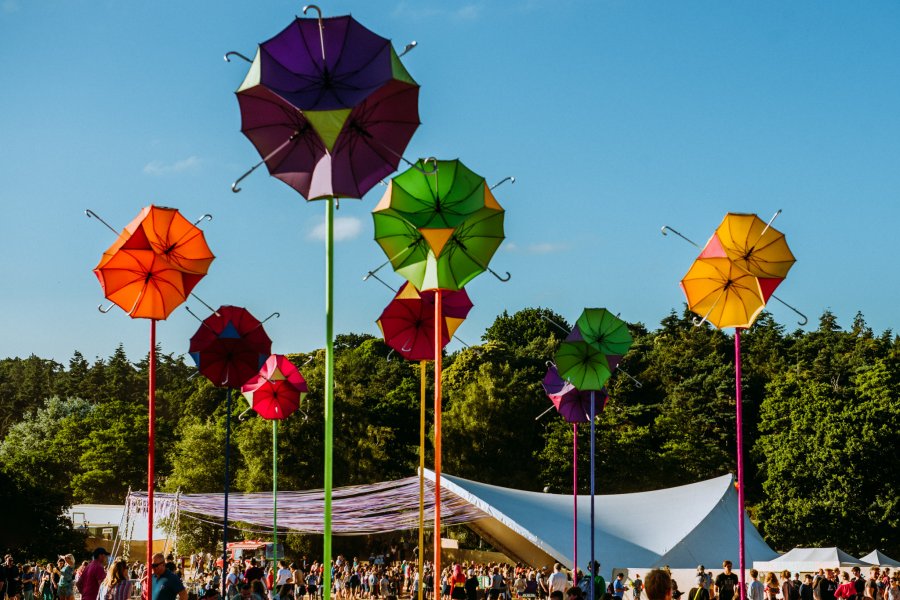 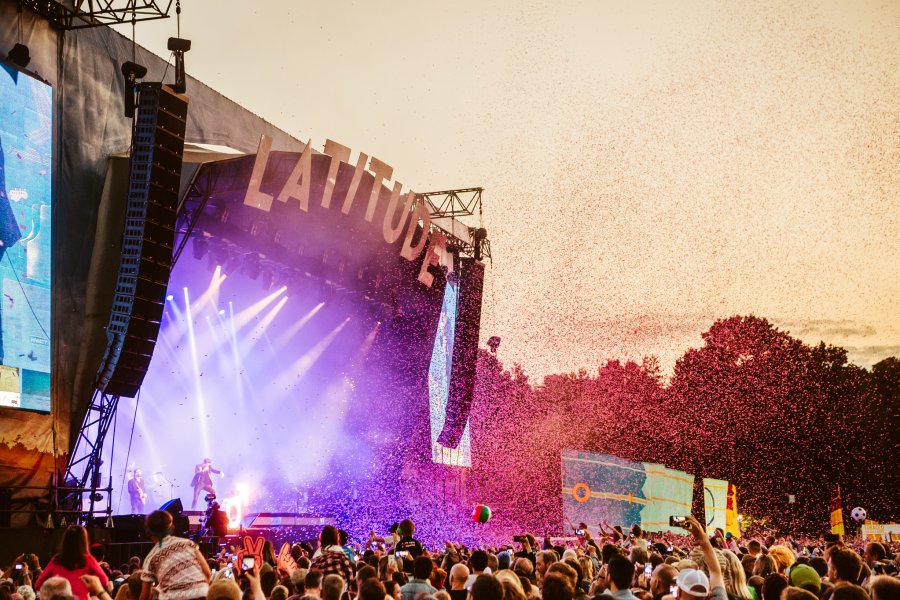 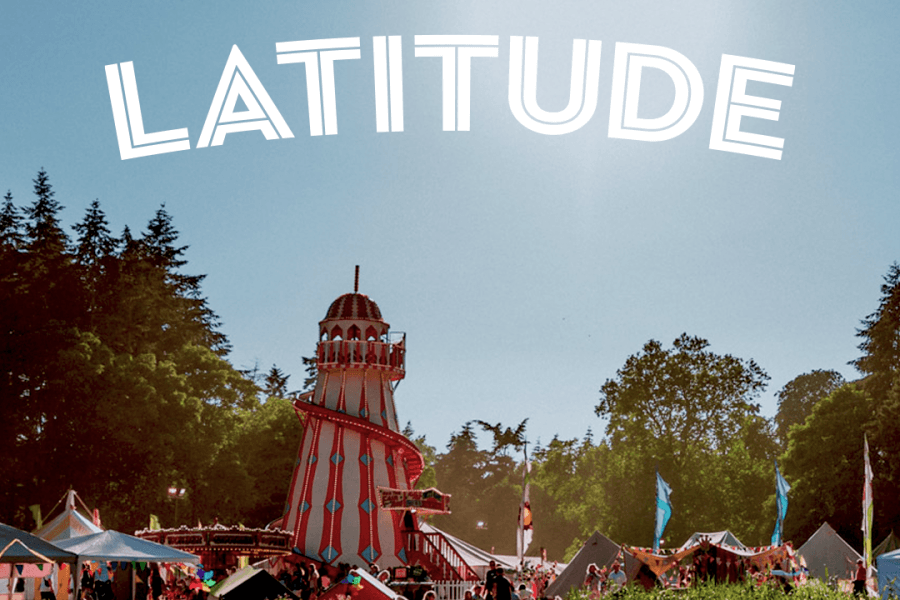