It’s just over 2 weeks to go until cinch presents Latitude, and we’ve got even more arts and music names for you!

Keep reading to explore our exciting new additions, and if you haven’t already, you can buy weekend, Friday or Sunday tickets to join us in Henham Park this July.

Joining the jam-packed comedy bill is comedian and presenter Joel Dommett. One of the UK’s most exciting and energetic comedians, Dommett first received critical acclaim for his Edinburgh Fringe shows and has since been a regular face on TV. Dommett is the co-host of new dating show ‘Singletown’ and is the presenter of the international smash ‘The Masked Singer’.

Across the weekend Charly Clive and Ellen Robertson perform as comedy duo Britney and Rob Carter reveals his hilarious bespectacled author alter ego Christopher Bliss. Co-host of the (one million downloads a week) podcast My Therapist Ghosted Me, the irreverent Joanne McNally also performs stand-up on the hallowed Latitude Comedy stage as does observational and no-nonsense comic Scott Bennett and the ever-​popular Arabs Are Not Funny!

The stunning Waterfront Stage is globally renowned for showcasing the best talent in dance productions and companies. This year marks the beginning of a powerful partnership as Dance East return to the Waterfront Stage to present a diverse programme of world-class dance in all its forms. Here Joseph Toonga presents his new outdoor door dance piece Born to Protest which aims to dismantle presumptions about the Black male figure. James Wilton Dance will also preview The Four Seasons, a stunning dance duet which will link the four seasons of the musical composition of Recomposed by acclaimed pianist and composer  Max Richter to the four stages of the universe.

Across the festival on  the Waterfront stage Tribe // present RISE a piece featuring 5 daring female dancers inspired by the powerful and defiant poem by Maya Angelou, and James Cousins Company present The Secret of Having It All performed by George Frampton and set to a stunning score by Torben Lars Sylvest and spoken word by Sabrina Mahfouz. Arts Canteen celebrates the emotion, drama and passion of flamenco with guitarist Ramón Ruiz and flamenco dancer Lourdes Fernández Menayo who join forces with Attab Haddad and his Ensemble. 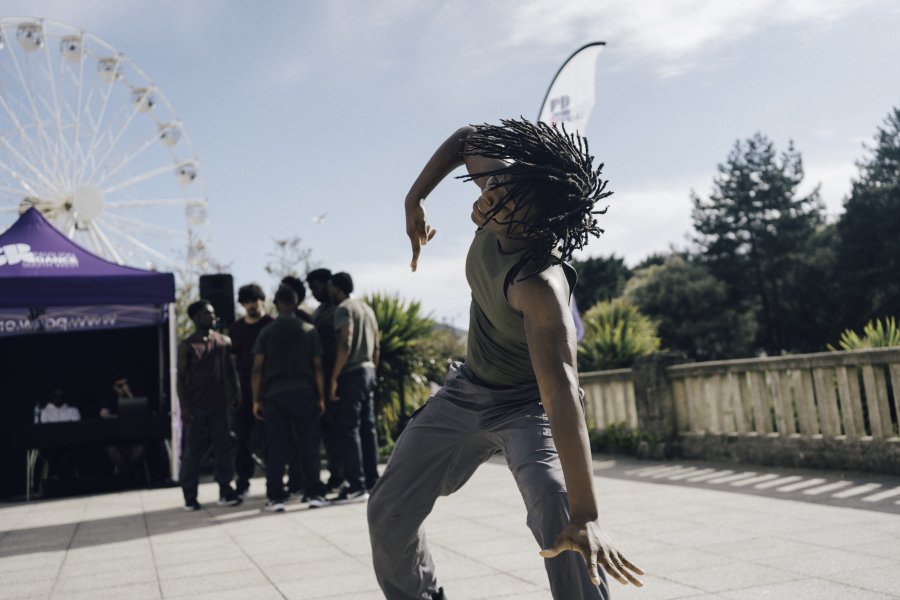 Theatre highlights across the weekend include Belarus Free Theatre, the executive arm of Ministry of Counterculture who will present a workshop, documentary and discussion,  highlighting internationalism, and social justice, Silent Faces Theatre who explore permission, patriarchy and pop music in Godot Is A Woman and In Bed With My Brother who present their audaciously anarchic Tricky Second Album live. Mark Thomas also debuts his new show 50 Things About Us combining his trademark mix of storytelling, standup, and mischief to pick through the myths, facts and figures of our national identities. Festival favourites Dash Arts return to the Faraway Forest to present their Forum. 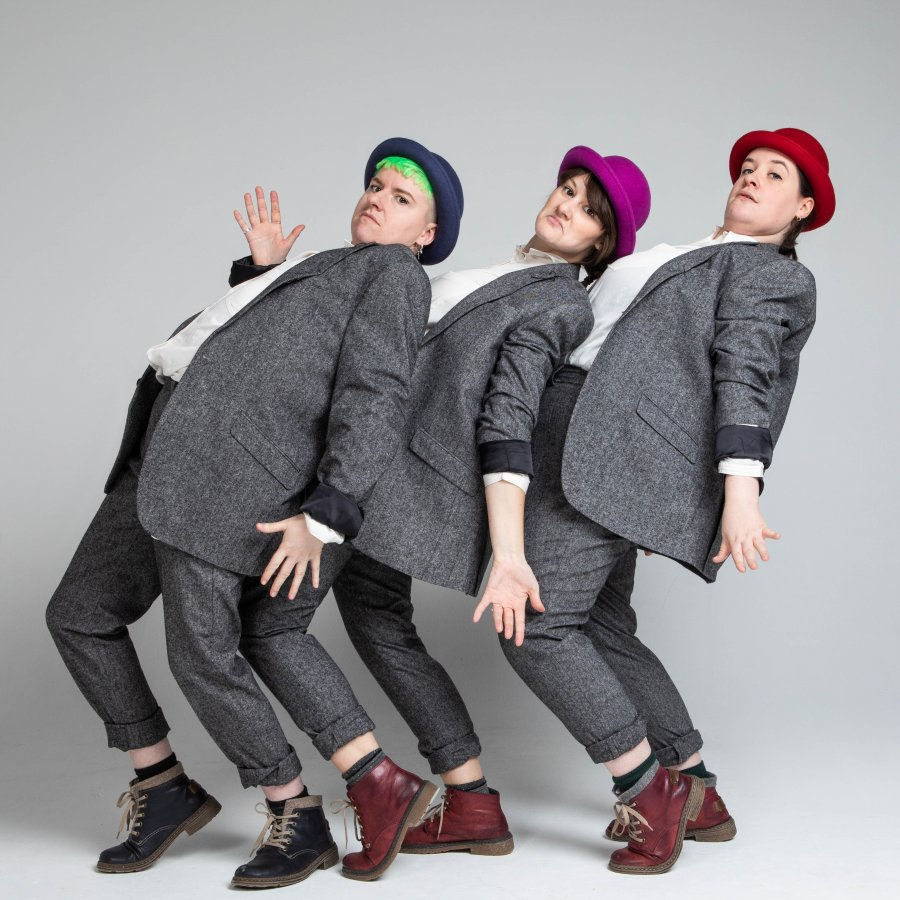 This year, we’re on a mission to get more people drawing, making, connecting and engaging with art with a stunning visual arts programme. At this year’s festival Marcus Lyall and Adam Smith – show designers for The Chemical Brothers  for over 25 years – discuss how they turn audio tracks into an immersive visual experience. Plus, renowned artist Darren John whose geometric artworks celebrate the colours & forms of childhood creativity creates an exclusive installation.

Across the weekend, cutting-edge ceramic artist Alice Mara hosts a pottery throwing workshop, Edith Pritchett, the in-house cartoonist for online news channel Tortoise, will teach Latitude audiences how to sketch, and London Drawing Group teach us how to get creative. 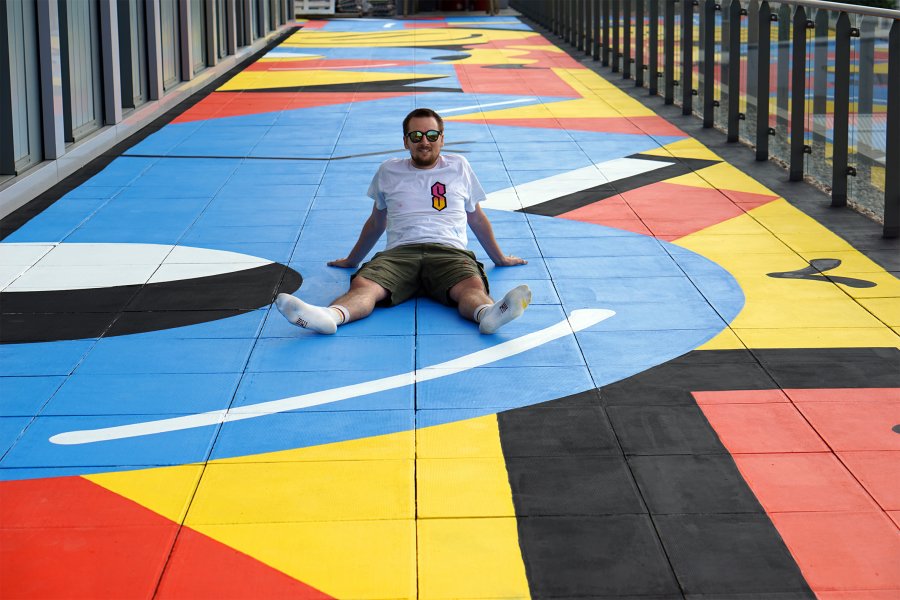 We recently introduced The Listening Post; a whole new stage dedicated to the diverse and creative art form that is podcasts, it became a standout success and returns in 2021  with some of the hottest podcasters around. Here comic, illustrator, former Harry Potter actor and general creative polymath Jessie Cave and actor sister Bebe, helm a live version of their  podcast We Can’t Talk About That Right Now that’s all about speaking their minds and Annie McGrath, is joined by a fellow Latitude comedian-cum-artist draw as they draw or paint together while holding meandering conversations about art, comedy and much else in a live version of Secret Artists.

A rabble-rousing range of established wordsmiths and podcasters who all recognise the power of language to change the world also join the bill. Across the weekend, festival attendees can expect a clarion call to action from Deputy Leader of the Green Party of England, Amelia Womack MP and listen to members of the cross-party Digital, Culture, Media and Sport Committee as they present findings from their report into The Future Of UK Music Festivals.

Physicist, writer and broadcaster Dr Helen Czerski will host a range of events as The Cosmic Shambles Network returns to Latitude, presenting a panel on mental health with Dean Burnett and Suzi Gage, while Yadvinder Malhi and Tamsin Edwards present a panel on climate. 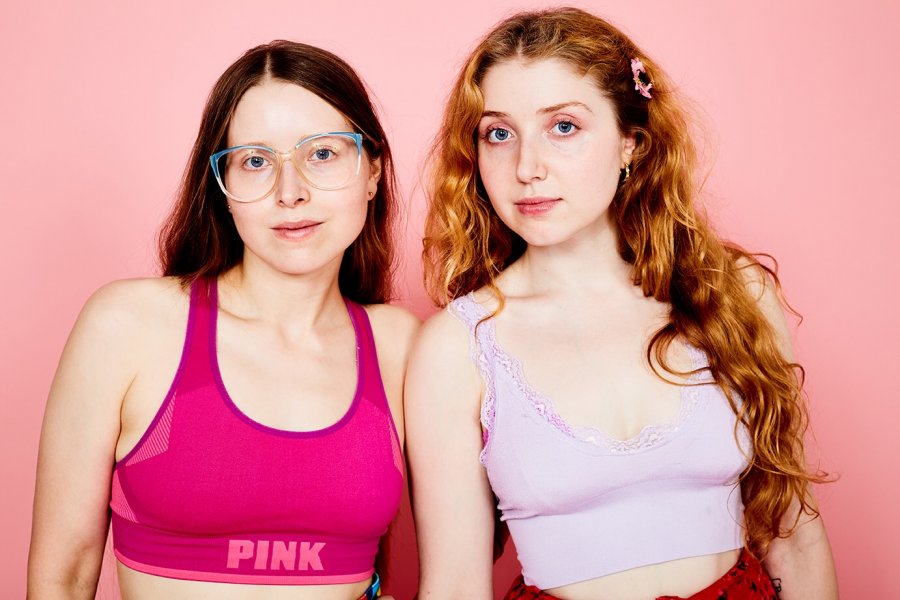 Scottish foursome The Snuts continue their new music stampede with a Latitude debut on the Sunrise Arena stage. They recently became the first Scottish band to achieve a UK Number 1 for 14 years with their powerful debut album ‘W.L.’. Expect big noises and a raw, uninhibited, sweat-drenched live performance.

BBC Suffolk have also picked 3 special Introducing Acts to play on the Alcove stage. 18 year old singer songwriter Gabby Rivers is a rising star and  brings her upbeat indie pop style music to the festival. She is joined by EL-Emcee, a profound Hip-Hop artist with a chilled, laid back approach to his music and the psychedelic Kyanos.

Plus iconic producers/DJs Danny Howells, Darren Emerson and Dave Seaman, collectively known as 3D, will be delivering the best in deep house, tech house, techno and everything in between in one massive B2B set. 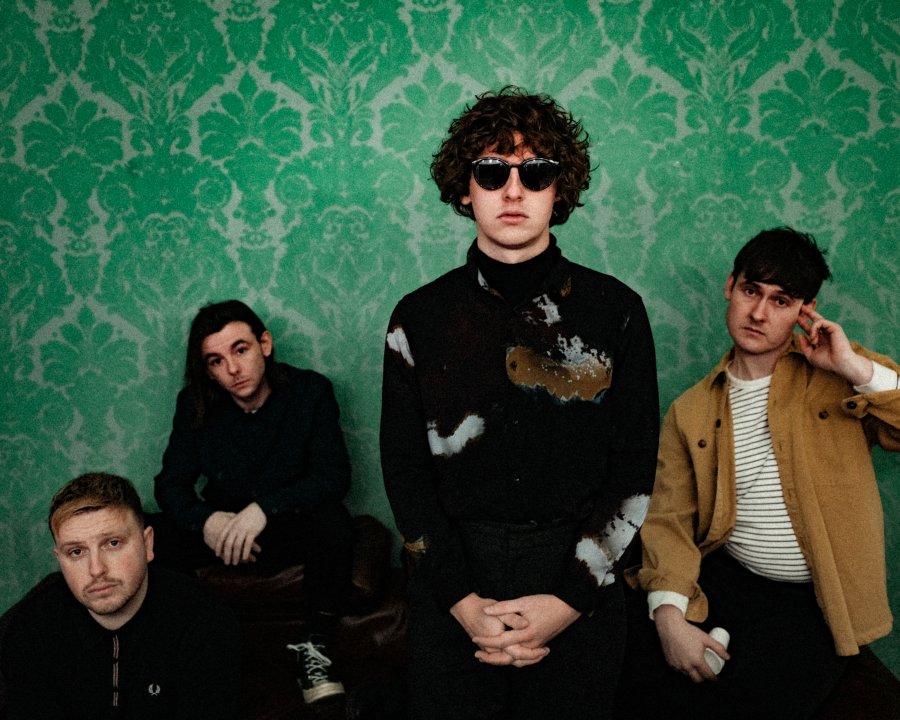