BBC Radio One’s Huw Stephens has been booking the Lake Stage since 2006. Here he takes us on a time travelling journey to revisit his favourite Lake Stage sets from throughout the years.

Check out the playlist curated by Huw on our Spotify, and read his accompanying commentary below.

Since the first edition of the Latitude Festival, I’ve had the pleasure of curating the Lake Stage. When Melvin Benn asked me to get involved back in 2006, I didn’t know what to expect: the festival had never happened before! It turned out to be the most wonderful weekend, a festival that I felt was really needed at the time, and has only grown in importance every year since.

For the Lake Stage, I could invite artists I’d been championing on the radio. Bands I knew would go down a storm on stage with the music loving audience. New artists who might not have played that many festival stages before, but who I thought deserved a slot so that their music would be heard, and that I knew would enjoy the experience of playing Latitude.

For this playlist I have chosen three artists from every year. Some of them you’ll know, and some may be new to you. I’ve gone for songs that I adore by really special artists, whose sets on the Lake Stage at Latitude over the years stand out for me for various reasons.

The first year on the Lake Stage saw Sam Duckworth AKA Get Cape. Wear Cape. Fly headline, with a taster of his debut album. I’ve chosen the Lords track as a little treat, and Euros Childs because he headlined Sunday night, and is one of the most superb songwriters around.

There was a lot of folk that first year, with Fernhill, Andrew Hockey, Richard James, Soft Hearted Scientists and the brilliant violinist Jim Eldon all playing. Darren Hayman was on the bill too, who continues to make exceptional records. Also, Cate le Bon in one of her first festival sets, a whole 13 years before her Mercury Nomination!

2007: Dan le sac vs scroobius pip/i was a cub scout/metronomy

I still laugh and smile at new lines I hear in this Dan le Sac vs Scroobius Pip track, ‘Thou Shalt Always Kill’. It’s an amazing track, a real one off, and they were on a real high when they headlined the Lake Stage this year.

I was obsessed with Slow Club, The Bobby McGee’s, the cartoon pop of the Duloks and Mr Hopkinson’s Computer this year. The latter was a computer on stage, singing computerized covers of the Pixies, Radiohead and other big tunes. It was very silly, and a lot of fun to watch.

A band called Scouting for Girls played early on, again one of their first festival slots, and went on to have some massive hits that and the following year. Blood Red Shoes, Friendly Fires and Metronomy were all fantastic live, these young, confident bands who had tonnes of ideas and loved playing live.

I Was a Cub Scout was another special one who came and went without too much of a fuss. It’s brilliant seeing William from the band playing with Dua Lipa these days!

I loved welcoming people whose music didn’t quite fit in with what was generally being hyped to the Lake Stage. That’s why I’ve chosen Gideon Conn’s tune, and CocknBullKid too; massive pop songs that I adored.

Errors headlined, James Yuil, Jonquil, aPaTt, Bearsuit all played; all bands that made out of sync pop that went down a treat. Derwyddon Dr Gonzo were a Welsh language ska band, and I was slightly apprehensive as to how they’d go down with the crowd in Suffolk! I needn’t have worried; their set was a highlight of the whole day for me, with thousands having a knees up to their music.

It was great to have the Kabeedies play, a band from Norwich who went down a storm. The BBC Introducing in Suffolk team are brilliant at recommending bands for the stage now too, which I’m very pleased about. Things got heavy this year with This City, Lovvers and Truckers of Husk all bringing the noise, and the mighty Sky Larkin who were fantastic.

There were a lot of synths this year! Golden Silvers, Post War Years, We Have Band and Chew Lips had a keyboard and they weren’t afraid to play it. I’ve chosen Casiokids, from Norway, because they brought the party this year, their massive squelchy tunes whipped the crowd into a real frenzy on the Sunday night, which is no mean feat.

Django Django and Pulled Apart by Horses were at the top of their game, just oozing class and confidence, and newcomers Colorama and Little Comets were irresistible. I, like many others, adored Bombay Bicycle Club and it was great to have them headline the Lake Stage. And I had to choose The xx for this playlist; I remember them playing middle of the afternoon and thinking to myself, I’m probably never going to see this band play in daylight hours again. One to savour.

Paul Heaton introduced Frankie and the Heartstrings onstage this year, as he was walking past backstage and I asked if he’d do it. A special mention has to go to Gaggle, the amazing 20+ all female choir who wore these amazing capes and sounded fantastic. Zun Zun Egui from Bristol, Sweet Baboo, Beth Jeans Houghton, and a young Everything Everything were all brilliant this year.

There was a hazy sound I think, with Teeth, Nedry and Islet making really innovative, exciting music that you wouldn;t normally find on a festival stage. And Clare Maguire played! I’ve chosen her cover of Anthony and the Johnsons as they headlined the first ever Latitude, and it’s a very special version.

I’m just checking it wasn’t a dream, and yes, James Blake did play the Lake Stage on the Sunday night this year, a special late night set. I remember the anticipation was so high, and it was really special.

Dels, Dry the River and Admiral Fallow played sterling sets, full of self belief and a really beautiful fragility. I think because of the size of the Lake Stage, smaller bands with a dedicated fanbase can really get a lot out of a set. They are up close and personal, it’s quite an intimate stage. Ghostpoet, Dutch Uncles and Tribes all played this year too.

It’s always brilliant to see bands like alt-J go from playing the Lake Stage to, in a few years, headline the whole festival. They were very new and very young when they played the Lake, and really exciting.

I’d love to have seen Kwes, Tall Ships and Peace to go on to headline the whole thing too, but it wasn’t to be. They were all brilliant on the Lake, as were indie heroes Los Campesinos! whose song ‘You! Me! Dancing!’ was a real favourite that year. The brilliant NZCA/Lines played too, and Cate le Bon, who is shaping up to be the artist who’s played most often on the Lake Stage!

I really liked those songs on the first 1975 album, and was thrilled they agreed to headline the Lake Stage on the Sunday night. You could tell they had big plans; Matty had us all in the palm of his hands.

Clean Bandit had this song called ‘Mozart’s House’ that I love; who’d have thought they’d go on to have global chart hits! Wolf Alice were so exciting; I can’t wait to hear what they do next. Bo Ningen, Joanna Gruesome, Flamingods were all excellent this year. That’s what I love about the Lake Stage; the line up is sort of all over the place musically, but it’s all brilliant!

I’d been to see Slaves once a week for about a month earlier that year and was so excited to see them on the Lake Stage. They were so exciting that afternoon, just a brilliant live band who gave it everything. And were hilarious with it too.

Rag’n’Bone Man was about a year away from ‘Human’ when he played, but his voice was just incredible. Catfish and the Bottlemen were great headliners this year too. SOAK is a very special songwriter, and ‘B a noBody’ was a song she wrote at home in Derry that’s just heartbreaking.

Another magic year of magic music. Gwenno had just launched her debut album, and sounded fantastic. Denai Moore is another super talented songwriter who’s just released a brilliant new album, and To Kill a King were on a real high this year with their album.

Eaves and Charlie Cunningham also made super beautiful albums that I adored, and anyone passing the Lake Stage when they were playing were very lucky. There were louder moments too with Sundara Karma, Pretty Vicious, Prides and Formation playing sterling sets.

I remember sneaking behind the stage when Loyle headlined, and seeing the thousands of fans singing along with him was really emotional. He was brilliant; so honest and real. The Big Moon were on before him, and again were a real breath of fresh air. Their debut album had so many hooks on it, and they gave it their all on the Lake Stage.

Declan’s on the playlist too, the brilliant ‘Brazil’. Seeing Lonely The Brave, Odetta Hartman, The Rhythm Method and Oscar on the line up brings back some lovely memories.

I love that Idles and Jorja Smith shared the same stage this year! Idles were as brilliant as you’d hope. Their debut album had just come out, and they were the talk of the weekend.

Shame, Dream Wife and the Magic Gang were all magnificent, really electric and hungry for something when they played. It was hard to narrow the tunes down for this playlist, as the line up this year proves!

Another excellent year of essential new music! That should be on the poster for the Lake Stage really! That debut Sam Fender album only gets better with time. Husky Loops are an Italian band living in London, and should be heard by more people I reckon. And Boy Azooga are the pride of Cardiff, a really brilliant live band who soundtracked that summer for me. Jade Bird, Skinny Pelembe and Confidence Man made sure the Lake Stage was on fire this year.

The minute you hear Arlo Parks, there’s no going back. I think she is outstanding, a real poet to soundtrack our times. Celeste was the first artist I booked for the Lake Stage this year; that voice is jaw dropping. She was magnificent on the Lake Stage, and she really enjoyed playing too. And I had to choose Black Country, New Road as they really made a mark that summer.

I can’t wait to start booking the Lake Stage for Latitude 2021. See you there!

Latitude 2021 will return to Henham Park on 22nd-25th July, with headliners Lewis Capaldi, Bastille and many more. Tickets are on sale now.

“Little Latitudes” Round Up 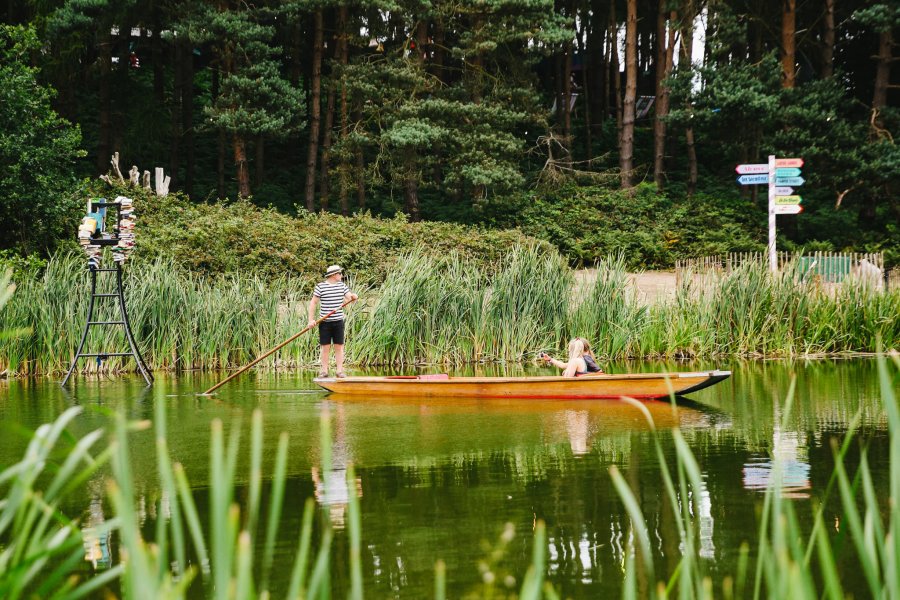 Memories From The Latitude Team 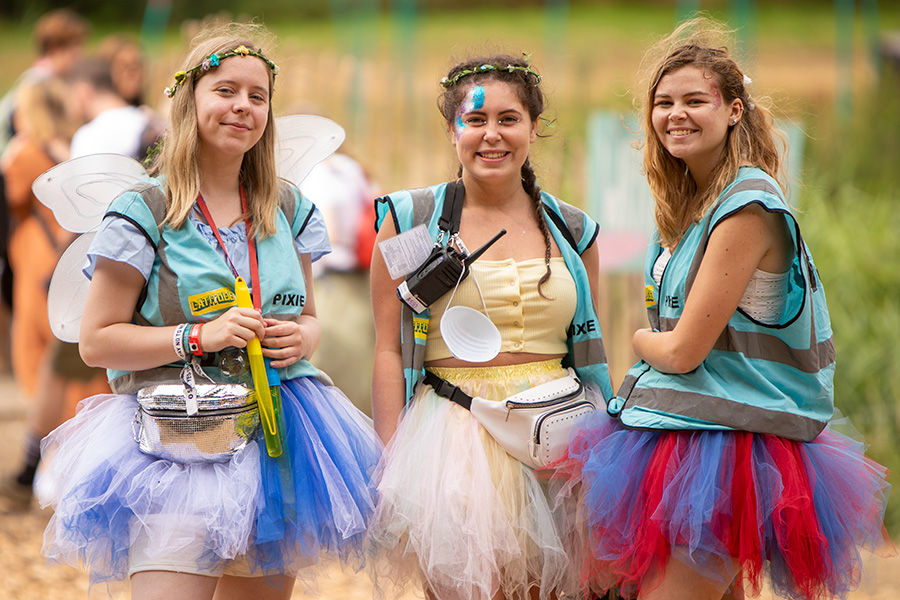 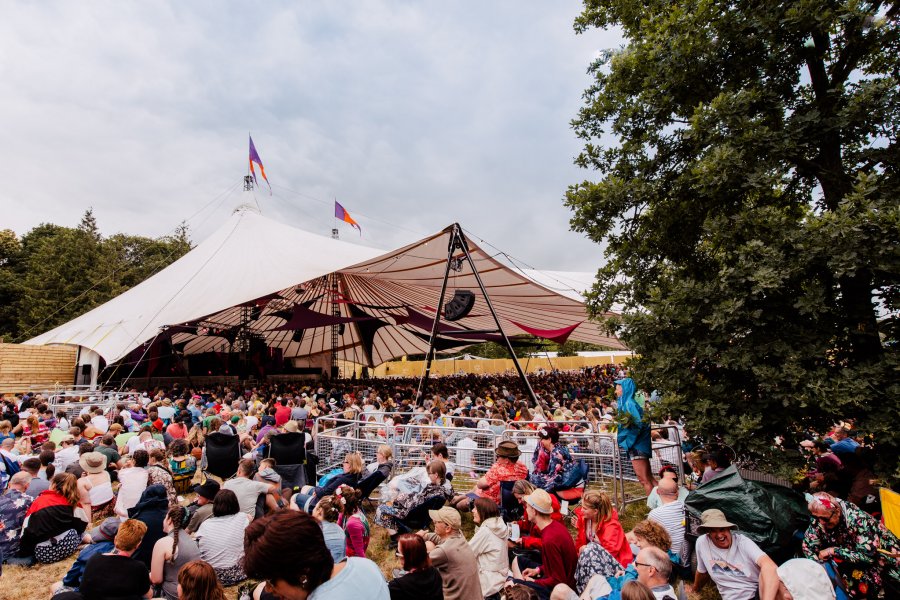 Latitude Loves… Past, Present and Future 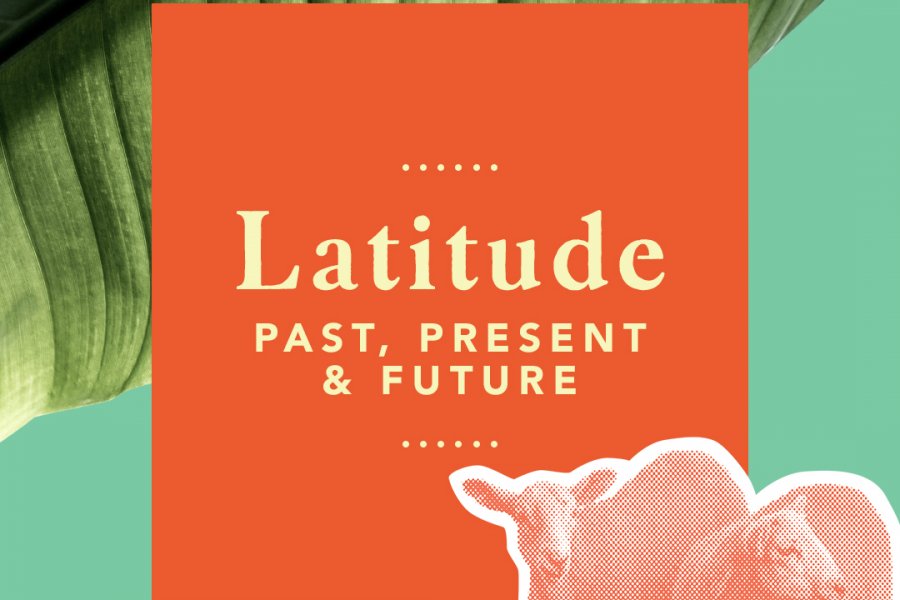