After making not just one, but TWO appearances at Latitude 2019, Frank Turner is set to release his brand new album, ‘No Man’s Land’, this Friday 16th August.

If you were at his secret set in SOLAS on the Thursday, you would have heard him play one of the tracks from the album, ‘Sister Rosetta’. But, what else can we expect from the singer-songwriter’s eighth solo venture?

it’s all about women from history…

All the tracks on ‘No Man’s Land’ tell the stories of forgotten or overlooked women throughout history. “These stories should have been told already. And I suspect if they were men they would be better known,” Frank says of the album. “It’s bringing together my two main interests in life, which have always been separate from each other—history and songwriting.”

…from an egyptian feminist leader, to one of the founders of rock n’ roll…

The subjects of his songs vary widely: ‘The Lioness’ is about Huda Sha’awari, founder of the Egyptian Feminist Union. Whilst, ‘Eye Of The Day’ tells the story of Mata Hari, a Dutch dancer who was convicted of espionage during World War I.

Lead single ‘Sister Rosetta’ is dedicated to Sister Rosetta Tharpe, “the original soul sister”, who was a major influence on the likes of Little Richard, Johnny Cash and Elvis Presley. There’s even a song called ‘Rosemary Jane’ about Frank’s own mother.

…though not all the subjects are so wholesome

The album features a song called ‘The Perfect Wife’, which is supposedly about prolific serial killer, Nannie Doss. Referred to as “the Black Widow”, she confessed to the murders of 11 people between the 1920’s and 1950’s in America’s Deep South. Dross supposedly found her victims on the pages of lonely hearts columns, we’re intrigued to know how Frank will interpret this on his track. 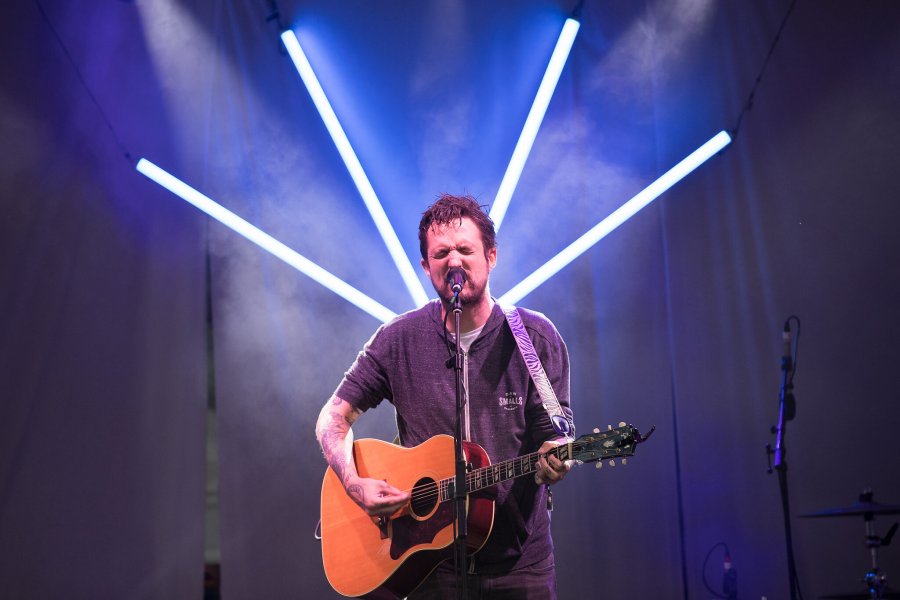 Staying true to the album’s ethos, Frank hired acclaimed producer Catherine Marks to work on the album as well as an all-female group of musicians. One of the top producers in the game, Catherine has worked with the likes of The Killers, Foals, Local Natives, and Wolf Alice.

Since 3rd July 2019, Frank has released a song from the album every week accompanied by an episode of his brand new podcast, ‘Tales From No Man’s Land‘. You may have caught him recording an episode of the podcast at The Listening Post stage at Latitude!

Each episode delves deeper into the stories behind the songs, and feature special guests as well as acoustic performances from Frank. Why not give it a listen?

Latitude Festival will return once again to the wonderful surrounds of Henham Park, Southwold, Suffolk on 16th-19th July 2020. Don’t miss out on tickets at early bird prices!