Stereophonics blew us away at Latitude 2019 with their anthemic headliner set on Saturday night.

Now, they’re set to do it all over again this Friday with the release of their brand new album, ‘Kind’. But, before you press ‘play’ check out our guide to discover more about Kelly Jones and co’s latest release. 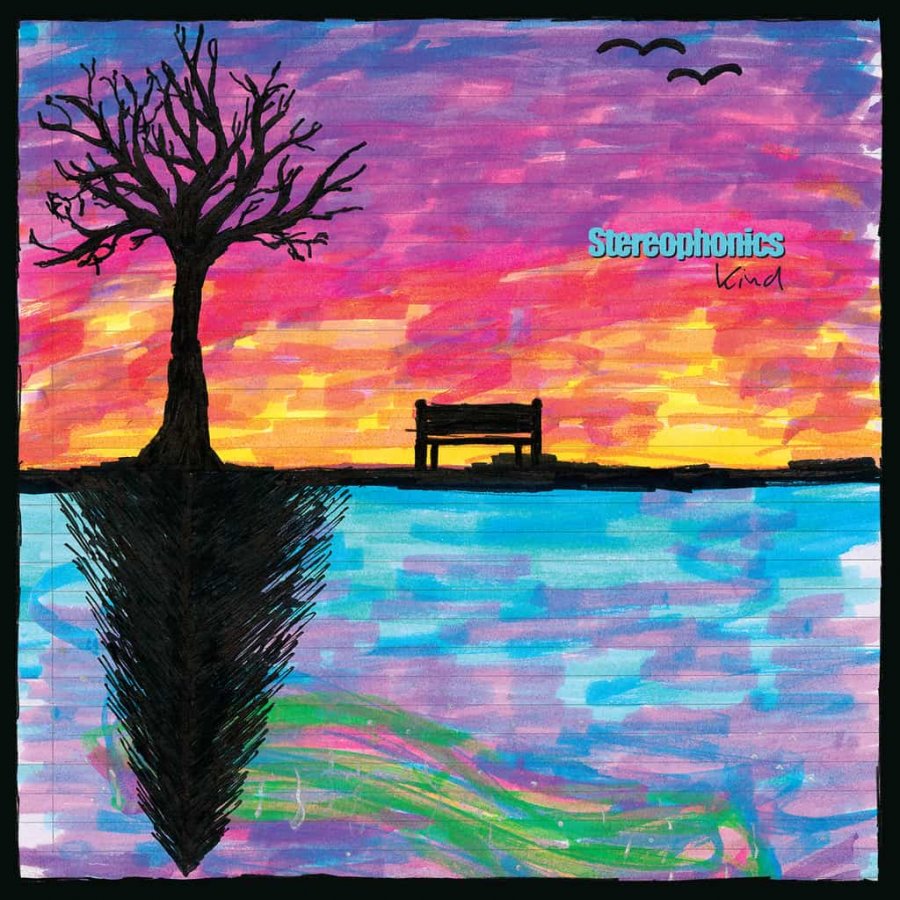 At the end of the band’s last world tour front man Kelly shockingly considered quitting the band after 24 years together. “Our last gig of the world tour was September 2018, in Brooklyn,” he revealed. “I was done, had written no songs, nothing new, I thought I felt like quitting for a while”.

Instead of quitting Kelly took three months off to spend time with his three children away from the band. ”Being in a band is like being in a marriage, every now and again I need a bit of space,” he said. “I say: ‘It’s not you, it’s me’ and they let me go my own way but don’t take half my house or my money”.

Thankfully, the break worked and the 10 songs that would become ‘Kind’ started to flow through Kelly.

When Kelly started writing the songs for ‘Kind’ it was more a cathartic experience and he actually didn’t intend to release them for the band’s 11th album. “It became a very vulnerable, honest, personal record about what I was feeling at the time,” he said in an interview with Radio X. “The lyrics were flying out onto the page”.

What can I say, the music informs me how I’m doing, then I give it away to you... KJ
Pre-order your copy of new album 'Kind' from https://t.co/5Z01aFCG10 pic.twitter.com/GKu9W3AXZz

‘Fly Like An Eagle’ released last month was actually the first song Kelly wrote for ‘Kind’. It’s a song that was inspired by the different periods everyone goes through in their lives.

“The line came, ‘wanna fly like an eagle, and dare to reborn’ – not in a religious sense but it’s about changing and growth, and learning not relying on the comfort zones of your life,” Kelly explained when talking about the song. “And as people we all morph into new and different versions of ourselves. We don’t have to stay the same.”

The video for the song echoes this sentiment as it’s a coming-of-age tale. And, for all you Peaky Blinders fans out there it also stars Charlie Creed-Miles aka Billy Kimber from season one.

It was recorded in just 11 days

When it came to recording the album the band wanted to capture honest performances of the songs. So, they chose to record it in just 11 days between 29th June and 9th July. If those dates sound familiar you’d be correct as this was right before their performance for us at Latitude.

The record was produced by Kelly Jones and producer George Drakoulias who’s previously worked with our BBC Sounds headliners, Primal Scream. Along with the band they opted to use minimal studio techniques and technology to capture the essence of the songs.

And, the result? Songs that allow the quality of the songwriting and musicianship to shine right through.

Kind is an ALBUM. A whole feeling to be listened to that way in one sitting...this is just another moment for you. KJ

Pre-order your copy of new album 'Kind' from https://t.co/5Z01aFCG10 pic.twitter.com/48ZVwJGnEG

Country is a big influence

Unlike stand-alone single, ‘Chaos From The Top Down’, released earlier this year the album has more in common with country than rock. So much so that Kelly wasn’t sure there was a future for the record. Speaking to Radio X, Kelly explained: “I didn’t know what was going to happen with the record as I felt it had a country slant to it.”

As us, Dolly Parton and Kelly now knows there’s nothing wrong with country and ‘Kind’ got the green light. But, fear not the band’s rock roots are still strong. ‘Don’t Let The Devil Take Another Day’ recalls the anthemic acoustics of ‘I Wanna Get Lost With You.

And, on this sneak peak of ‘I Just Wanted The Goods’ Kelly takes a riff reminiscent of ‘Jolene’ and infuses it with a hooky rock stomp. Perfection.