Many of us harbour secret aspirations of becoming a children’s author, but what’s it really like in reality? We spoke to M.G Leonard, award-winning author of the Beetle Boy trilogy, who shared with us her words of wisdom about writing children’s books.

From Roald Dahl to Julia Donaldson, many children’s authors have had past careers before entering the world of children’s fiction and M.G Leonard is no exception. Before becoming a children’s author M.G Leonard donned many a professional cap: in her early career she managed the Divine Comedy and ran Setana Records, before moving on to become a Digital Media Producer for the National Theatre and Harry Potter West End and training as an actor.

M.G Leonard’s break into children’s fiction came almost by accident after a phobia of beetles turned into a fascination and Beetle Boy,  the story of 13 year old Darkus Cuttle’s search for his kidnapped father, was born. Two years on and Beetle Boy has become an award-winning trilogy sold in thirty-seven countries with M.G Leonard currently working on screenplay for a TV series based on the trilogy.

In our interview with M.G Leonard she reveals her advice is for aspiring children’s authors, how working with the Divine Comedy prepared her for a career as an author, and why watching James was her Latitude 2018 highlight.

How did you first get into writing children’s books?

I had the idea to write about beetles, because they are fascinating but frequently overlooked creatures. The story that came out of that idea had a boy protagonist. I didn’t realise it was a children’s book until it was finished. Whilst writing I discovered that my inner voice is about 12, making me perfectly suited to the genre.

You were originally afraid of insects. What attracted you to write about them?

There is a fine line between fear and fascination. I realised my terror was related to my ignorance about invertebrates, and so I set about learning. The more I discovered, the less frightened I was and the more fascinated I became.

What’s your favourite fact about beetles?

How do you get inspiration for new book ideas?

Ideas grow in my brain like berries on a bush, but you need a basket of them to make a truly interesting book. One idea is not enough. Anything can inspire an idea: a sentence, a newspaper article, a song or a picture. Blending ideas together into a book is a long fermenting process and there’s no guarantee it will turn out good.

What is your process for planning and researching a new book?

I have the first idea and I give it a new notebook. Into that notebook I throw all other ideas, thoughts, character sketches, location possibilities, topic research, and references that seem to go with the original concept. I usually fill about three notebooks with noodles and doodles, words and lists, and then I have enough ingredients to produce the first draft of a story.

What do you enjoy most about being a children’s author?

My readers are the most honest, frank, discerning critics in the world. If a child loves your book they will read it over and over again. They will quote your work back at you. They will write you impassioned letters and ask if they can have a hug at book signings. Why on earth would I write books for anyone else?

My aspiration for Beetle Boy was that it might make children look at the insects in their lives and see, not a scary horrid creepy crawly, but a fascinating creature that we depend upon and need to get to know better. I never dreamed that it would have the global reach that it has.

Your books have been illustrated by Julia Sarda, Karl James Mountford and Helen Crawford-White. What influences your decision to work with an illustrator?

The illustrators I have worked with on my fiction books were selected by Chicken House, my publishers. I get to approve final artwork, but don’t know enough about the many amazing illustrators out there to begin to know who would work well with my stories. I have been delighted and humbled by the work of the illustrators, who have brought my stories to life in a wonderful way.

You’ve had a varied career history, before becoming a children’s author you worked as a digital media producer (National Theatre, Harry Potter West End, the Royal Opera House and Shakespeare’s Globe), in the music industry managing the Divine Comedy and running Setanta Records and also trained as an actor. How has your past work experience prepared or helped you with your current career?

I understand how hard you have to work to break through into the public consciousness with a cultural product, such as a book. I learned this working in the music industry. The Divine Comedy took three albums and many tours and support tours to break through, and of course a little luck in the form of Chris Evans, who was a big fan and made Something for the Weekend his radio one single of the week. It’s hard graft, a positive attitude and a bit of luck that make an artist successful. I learned everything I know about storytelling from working in the theatre for fifteen years. I feel like this combination make me the author I am today.

What’s the best story you have from working in the music industry?

Sheesh, there are so many crazy stories. In the late 1990s I met Danny the drummer from Supergrass on a flight to New York. We got on like a house on fire. He told me he was going to a gig with his friend Eric and did I want to go as his plus one. I did. Eric turned out to be Eric Erlandson from Hole and he brought his then girlfriend Drew Barrymore. That was an odd night. I remember going to the bathroom with Drew and us fixing our make-up in the mirror and all I could think of was her in ET.

What advice would you give to any aspiring children’s author?

Being a children’s author is not about writing one book. If you want to write one book for children, then you go ahead and do it, but if you are joining the profession there is a lot to learn. You must be prepared to deliver engaging events, as well as writing at least one book a year and doing a whole raft of other things. The myth that you sit in a garden shed, like Roald Dahl, drinking martinis after lunch is a damaging one. Being a children’s author is hard work, but extraordinarily rewarding.

The Beetle Boy trilogy has been optioned for TV and you’re the screenwriter for it. How have you found the experience so far?

It’s a privilege to be working on the screenplay for the Beetle Boy trilogy, because it allows me to go over my work and tear it apart, reconsidering choices and reconstructing the work for a different medium. I’m learning as I go. I am working with an extraordinary script editor who pulls no punches, and a show runner who has a genuine passion for the books and subject matter. I’m excited by what we’re producing. The Beetle Boy series will be unlike anything anyone has seen on tv before, and I can’t wait till we go into production.

You’ve won multiple awards for the Beetle Boy trilogy, what is your proudest moment?

Winning the Branford Boase Award for best children’s debut of 2016 was an extraordinary moment for me. It is the first prize of any sort that I had won in my entire life. I struggled at school and never found writing easy. I was repeatedly told that my grasp of grammar and spelling was woeful, so to have produced a piece of work that won that accolade finally allowed me to believe in myself and throw off those anxieties from school days. 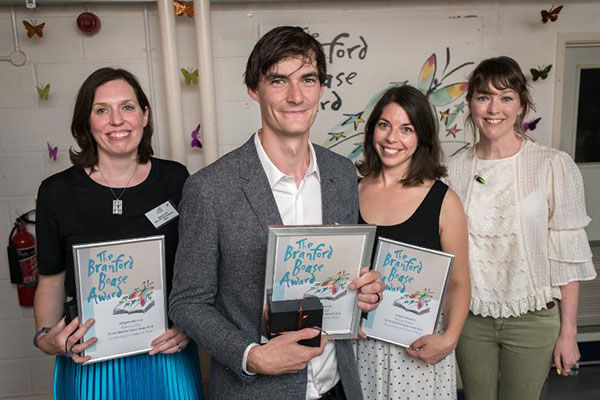 What advice would you give to parents who are trying to encourage their children to read more?

All reading is good reading. Let your children read whatever they want and let them put down anything they find boring. My oldest son is what they call a ‘reluctant reader’. The thing that works for us is we go to a bookshop and choose a book to read together, and then at bedtime, I will read one chapter out loud and he will read one chapter out loud and so on. It enables the reading experience to be a joint one and it also means I can hear his progress as well as encourage him. It can be hard to know how much your child is reading and the level at which they are reading.

I love Latitude. It’s my favourite festival to take part in and its eco-themes are close to my heart. One of the lovely things is meeting whole families who have read my books together. Parents are just as amazed and fascinated by beetles as their children. It was at Latitude at 2017 that I met a boy and his mother who were fans of the books, and that mother is now the show runner of the tv adaptation and a good friend. That chance meeting, and chat about how amazing beetles are, turned into the TV deal.

What was the best performance you saw at Latitude 2018?

Without a doubt it was James. I was a fan when I was a teenager, but they had slipped from my consciousness and I didn’t even make a beeline for their tent. I stumbled over, curious, when I recognised a tune and within minutes I was jumping around and whooping with joy. Their set was magnificent. Tim Booth is an extraordinary front man. I played their albums all the way home from Latitude, determined to see them again as soon as I can. 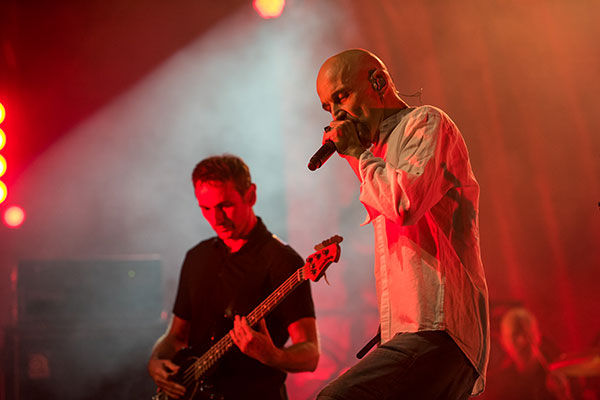 Beetle Boy, Beetle Queen and Battle Of The Beetles are published by Chicken House. Visit M.G Leonard’s website to discover more about her books and wonderful insights about beetles.

Latitude Festival 2019 returns to the majestic surrounds of Henham Park on 18th-21st July 2019 to once again enthrall you with performances from the very best in music, arts and much more.