Our headliners George Ezra, Stereophonics, Lana Del Rey, Jason Manford and Michelle Wolf have just been joined by over 100 big names and brand new talent to make you dance, laugh and be inspired at Latitude Festival in Henham Park, Southwold, Suffolk this summer on 18th-21st July 2019.

Laugh out loud to Frank Skinner and Marcus Brigstocke, watch groundbreaking theatre shows including Daughter presented by Quiptake, The Theatre Centre, and Pandemic Theatre and Suitman Jungle presented by gig theatre company nabokov, be moved by Sadlers Wells presents Jesús Carmon and a brand new piece of work by Rambert, immerse yourself in the sounds of MARINA, Grace Carter, Ben Folds & A Piano, She Drew The Gun and many more new names from the worlds of comedy, theatre, dance and music.

We’re thrilled to announce that comedy legend Frank Skinner is your third comedy headliner at Latitude 2019. You’ll have the unique opportunity to watch Frank performing new material for the first time in five years at the festival.

Speaking about his upcoming performance, Frank said:  “The last time I did Latitude, I saw Grace Jones live, hugged trees at 1.30 in the morning and had breakfast with Sir Peter Blake. The bar’s pretty high.”

Also heading to the Comedy Arena is Latitude regular, sometime Prince impersonator and Have I Got News For You regular, Marcus Brigstocke. He’ll be joined by Mock the Week regular and star of People Just Do Nothing Tiff Stevenson, plus new talent in the shape of Police Cops, Phoebe Walsh, Tom Parry and many more to give you laughs galore.

Visit the line up page for all of the latest comedy additions.

Latitude will once again welcome the country’s leading theatre and dance companies to Henham Park. This summer expect the unexpected from our theatre and dance line up as we’ll be taking you on a journey through the complexities of modern society, from gender identity to mental health, environmental activism to reclaiming history.

Get ready to pull the party poppers for our Theatre Arena headliners, Frantic Assembly, who’ll be celebrating their 25th anniversary with a new show, Sometimes Thinking. Written especially for Latitude by Phil Porter, the show will celebrate one of our favourite pastimes, daydreaming.

Daughter presented by Quiptake, The Theatre Centre, and Pandemic Theatre will rock you with a show that faces toxic masculinity head on, distilling it into the figure of one very funny, very engaging, very troubled man. 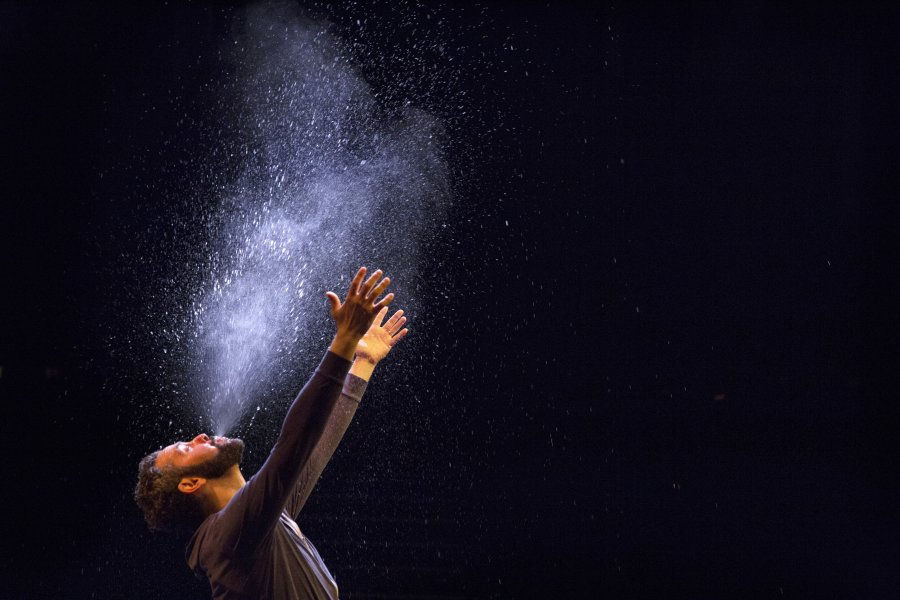 Daughter presented by Quiptake, The Theatre Centre, and Pandemic Theatre

Historic Royal Palace’s riotous Long Live Queen James, will share with you the extraordinary life of King James I through a mix of storytelling, audience interaction and contemporary queer performance

Whilst, Figs In Wigs will continue the theme of reframing old narratives with a work-in-progress performance of their apocalyptic feminist adaptation of Louisa May Alcott’s classic, in Little Wimmin.

We’ll once again be breaking new ground by bringing you new works from pioneering gig-theatre companies in a takeover at The Town Hall. nabokov will be making an explosive return with Suitman Jungle performed by percussionist Marc Pell (Mount Kimbie, Micachu & The Shapes), which combines live drum ‘n’ bass, jungle beats and spoken word, to tell the story of one man caught between the daily grind and his real passion – music.

If you’re a Beatles fans you’re in for a treat as the award-winning Not Too Tame is making a spectacular return to Latitude with the immersive See How they Run – a helter-skelter piece inspired by characters from the songs of the Fab Four.

Visit the line up page for all of the latest theatre and gig theatre additions. 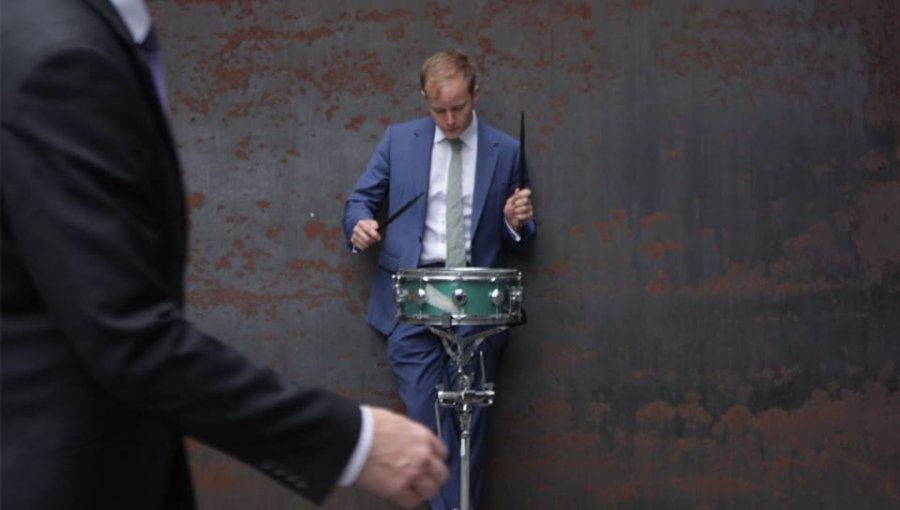 The Waterfront Stage will once again be the place to take in stunning dance productions in a breathtaking setting. Watch celebrated choreographer Morgann Runacre-Temple’s first work for the Northern Ballet company, The Kingdom of Back, an intimate and moving portrait of Nannerl Mozart, the talented yet overshadowed sister of Wolfgang Mozart.

Witness a pioneer of the evolution of flamenco in the flesh as Sadler’s Wells return to The Waterfront Stage for a twelfth year to present Jesús Carmona. Whilst Rambert, one of the world’s leading contemporary dance companies, will leave you enthralled with a brand-new work by French choreographer Marion Motin, and BBC Young Dancer finalists.

Visit the line up page for all of the latest theatre and dance additions. 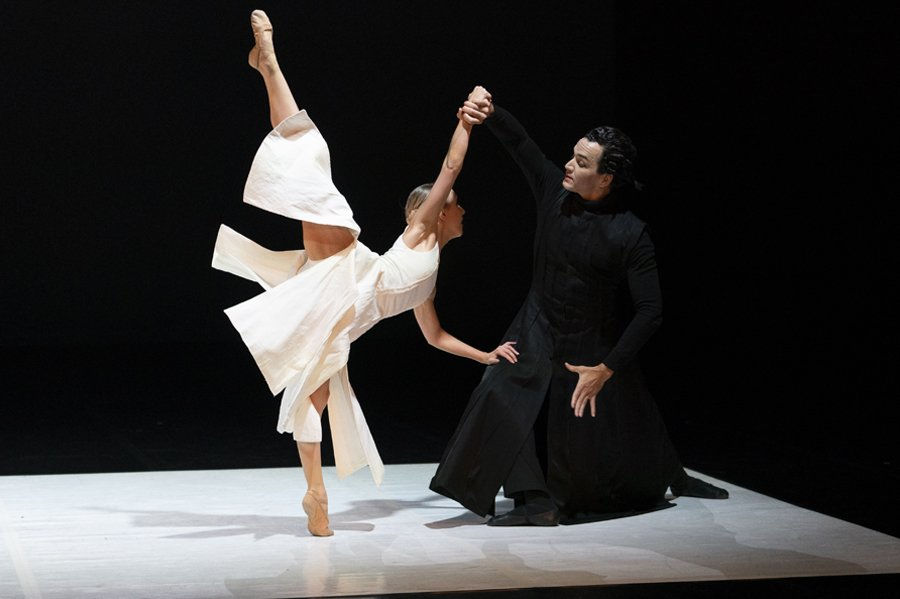 Northern Ballet presents The Kingdom of Back

Latitude 2019 is taking place the same weekend as the 50th Anniversary of the Apollo Moon Landings, so what better way to mark the occasion than Helen Sharman OBE, the first British person in space and the first British astronaut, in conversation with Robin Ince presented by The Cosmic Shambles Network.

Visit the line up page for all of the science events coming to Latitude 2019. 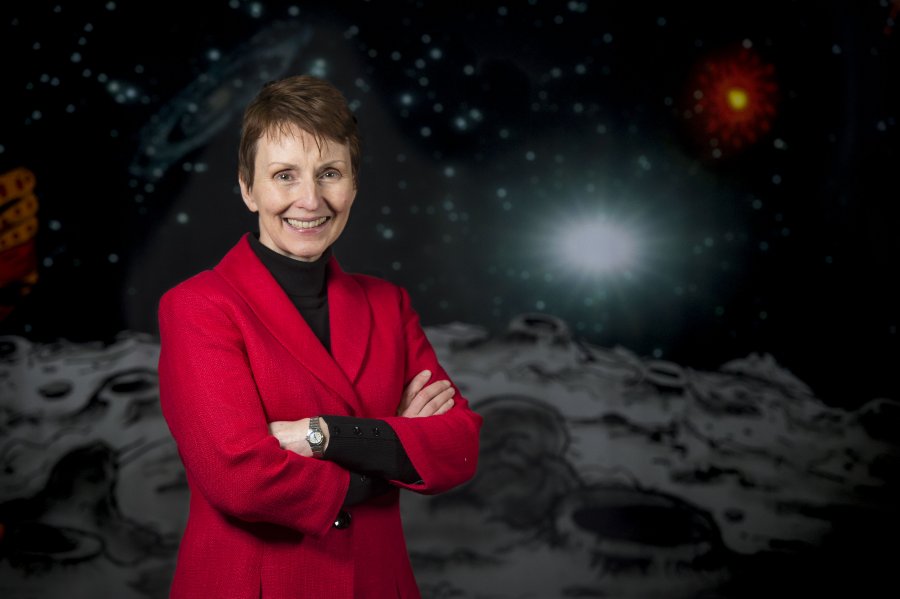 We’ve got more huge music names and the trailblazers to join you and our headliners George Ezra, Snow Patrol and Lana Del Rey at Latitude 2019.

Fresh from releasing the long-awaited part one of her album, LOVE last week, MARINA will be filling the Obelisk Arena with glam pop and melancholic ballads. Also added to the Obelisk Arena are hotly-tipped dreamy alt-rock London trio, Palace, whose second album ‘Life’ will be ready just in time for you at Latitude.

Over on the BBC Sounds Stage, self-taught pianist Grace Carter will disarm you with her emotionally exposed ballads and unforgettable stage presence.

In the heavenly enclaves of the Sunrise Arena will be offering up an eclectic offering to satisfy all music palettes.  Nigerian born Adekunle Gold will get your feet moving to his Billboard topping debut album, ‘Gold’, filled with bountiful beats and infectious melodies. Whist, Newcastle-Upon-Tyne’s Pigs Pigs Pigs Pigs Pigs Pigs Pigs will engulf you with waves upon wave of gorgeously sludgy acid rock, psych metal.

Prepare for your heartstrings to be well and truly plucked as Ben Folds & A Piano will be giving a very unique performance on The Waterfront Stage. Whilst, in the Music & Film Arena you can immerse yourself in a rare live appearance from psychedelic pop group Whyte Horses with special guests, a moving performance from Penguin Cafe in aide of Greenpeace’s Support The Arctic Campaign and much more.

For all you lovers of late nights at Latitude we’ve got you covered as Guilty Pleasures, Buttoned Down Disco, The Massaoke Band, and Rave Karaoke are all coming back for Latitude 2019.

The Lake Stage is going to be packed to the brim with the very best in new talent handpicked by BBC Radio 1’s ultimate tastemaker Huw Stephens. Liverpool four-piece She Drew The Gun will headline the stage with their enchanting psych pop and will be joined by indie punks Martha plus Self Esteem, Indoor Pets, Celeste and many more

Speaking to Huw Stephens about The Lake Stage line up, he said: “I am thrilled with the line up for this year’s Lake stage at Latitude. It’s been such a joy to see artists including Idles, The 1975, Cate Le Bon, The xx, Slaves and Sam Smith play the stage, among so many other incredible music makers. Programming the Lake Stage is an absolute joy, as those at Latitude always are keen to hear something new and special”.

If you’re still hungry for more new music look no further than The Alcove, nestled deep in the Latitude woods. Headlining the stage are Tennessee-based folk-rockers Judah & The Lion and BBC6 Music backed colourful, jazz four-piece Low Island. They’ll be kept company by a whole host of magnificent misfits, including Los Bitchos, Tamzene, Arlo Day and many more.

Visit the line up page for all of the latest music names.