We’re absolutely overjoyed to share with you the first announcement for Latitude 2020!

Your Latitude 2020 headliners are Liam Gallagher, The Chemical Brothers, HAIM plus Bill Bailey. We’re also delighted to reveal many more music and arts names who will be joining us for the 15th anniversary of Latitude Festival in the glorious grounds of Henham Park, Southwold, Suffolk on 16th-19th July 2020.

Check out the full announcement below to discover all of the music and arts names announced today for Latitude 2020. 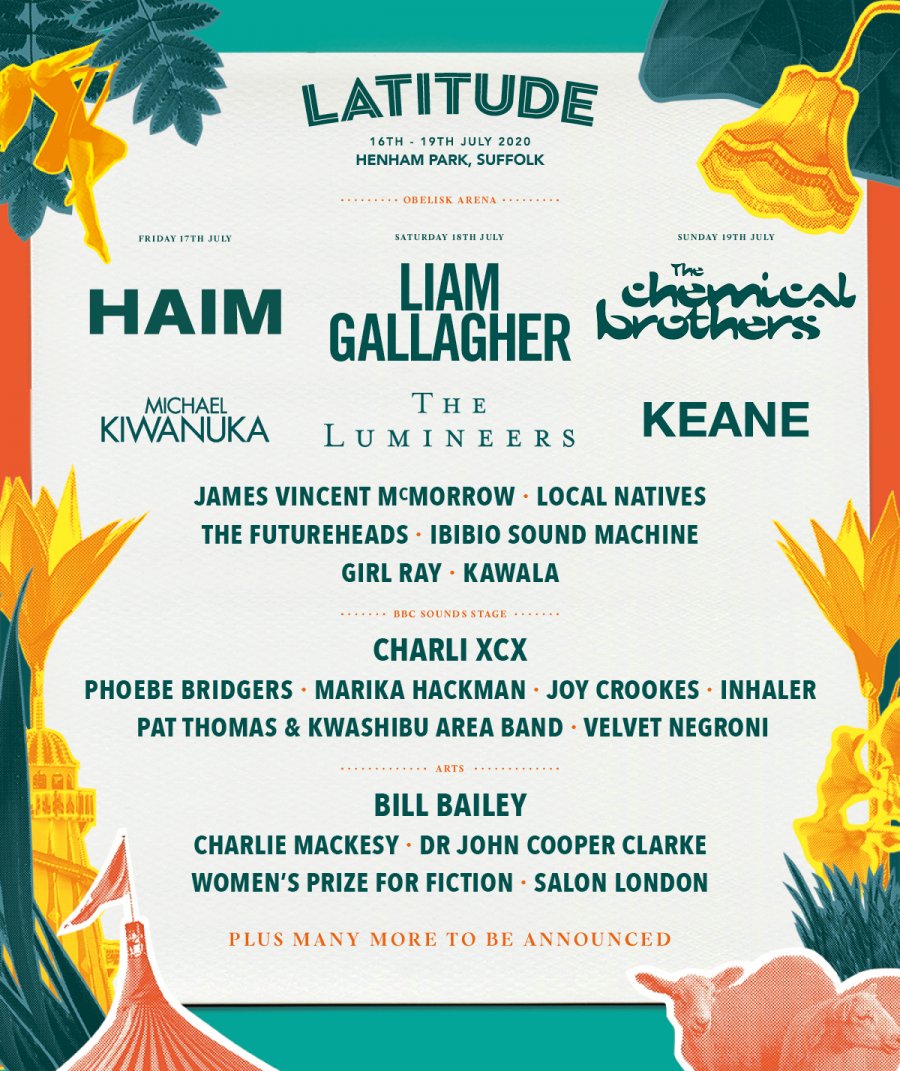 If you were at Latitude 2018 you’ll remember Liam Gallagher‘s legendary secret performance on the BBC Sounds Stage. Now, we’re ecstatic to have the British icon back at the festival to headline the Obelisk Arena at Latitude 2020. Over to Liam:

Liam Gallagher has had a stratospheric rise over the past 12 months with the release of his second solo album, ‘Why Me? Why Not’, and his documentary As It Was. And, it’s set to continue when we go supersonic with him at Latitude 2020.

The Chemical Brothers are bringing their spellbinding, multi-sensory experience to Latitude 2020! The electro pioneers are riding high with their recent album, ‘No Geography’, which has been nominated for three Grammy Awards.

These masters of a late night party have a back catalogue full of festival-ready classics and  live show packed with dazzling graphics and special effects. There’s no doubt The Chemical Brothers’ Sunday headline set is going to be the ultimate finale to your Latitude 2020.

It’s HAIM time! The LA trio are your Latitude 2020 Friday night headliners. HAIM made their Latitude debut in 2014, so we’re thrilled to have them back as headliners for the first time in their UK history.

HAIM said: “Latitude has always been one of our favorite festivals to play, now we are so excited to come back and headline”.

The band have been filling the airwaves with their infectious harmonised guitar pop with latest releases ‘Summer Girl’, ‘Now I’m In It’ and ‘Hallelujah’. HAIM’s headline performance is going to be the perfect way to start your weekend at Latitude 2020.

Joining our headliners are a whole treasure trove of spectacular music acts. The Lumineers are coming to Latitude to give you a very special performance. If you’ve listened to their latest album ‘III’ you know it’s the ideal soundtrack for a summer’s evening in Henham Park.

We are also honoured to have British singer-songwriter Michael Kiwanuka back at Latitude Festival. His third album, ‘KIWANUKA’, released last month soared to Number Two in the UK Charts.

Keane continue their triumphant return by heading to Latitude. The band are guaranteed to have you singing along to their latest album, ‘Cause And Effect’, as well as classics like ‘Stupid Things’ and ‘The Way I Feel’.

Keane said: “Latitude is one of our favourite festivals to attend. We’ve seen some brilliant gigs there, from Portishead to Kraftwerk – just to name a couple. We can’t wait to be on the bill next summer.”

Your BBC Sound Stage headliner is Charli XCX! The Queen of experimental pop is at the peak of her powers after releasing her critically-acclaimed third album, which included hit tracks ‘1999’, ‘Blame It On Your Love’ and ‘Warm’ featuring Latitude 2020 headliners HAIM. She’s going to raise the roof of the tent like no other with fresh new tracks and classic bangers, like ‘Boom Clap’.

Charli XCX said: “I can’t wait to headline the BBC Sounds Stage at Latitude next year – my show is gonna be the most iconic party you’ve ever been to – swear on my life.”

And, the party doesn’t stop there as we have even more huge names and trailblazers joining your Latitude 2020 line up. You can look forward to immersing yourself in the eclectic sounds of Local Natives, James Vincent McMorrow, Kawala, Ibibio Sound Machine, Phoebe Bridgers, The Futureheads, Girl Ray, Marika Hackman, Pat Thomas & Kwashibu Area Band, Joy Crookes, Velvet Negroni, and Inhaler.

That’s a wrap for music for now, but we’re far from finished as we’re excited to unveil a selection of arts names joining the Latitude 2020 line up.

The one and only Bill Bailey is your first comedy headliner! The Have I Got News for You and QI panelist’s eccentric comedy will have you laughing out loud in the Comedy Arena. If there’s one thing we can promise, it’s sure to be a show packed with side splitting jokes and wild wonderment.

Bill Bailey said: “Last time I played Latitude it wasn’t too bad so I’m quite looking forward to headlining in 2020″. 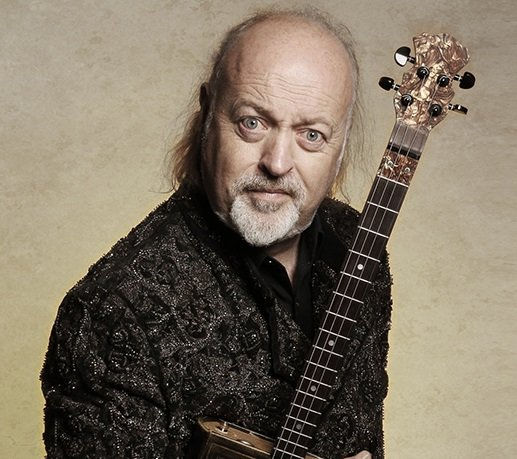 We’re chuffed to welcome back friend of Latitude, Dr John Cooper Clarke. The Emperor of Punk Poetry’s reputation as a brilliant versifier, a poet of vicious wit and a razor-sharp social satirist is undeniable. Cooper Clarke is going to take a break from writing his autobiography, I Wanna Be Yours, specially to return to Henham Park

As well as an electric live show, you’ll also have the chance to see Jonny Green interview Dr John Cooper Clarke, in an exclusive retrospective. 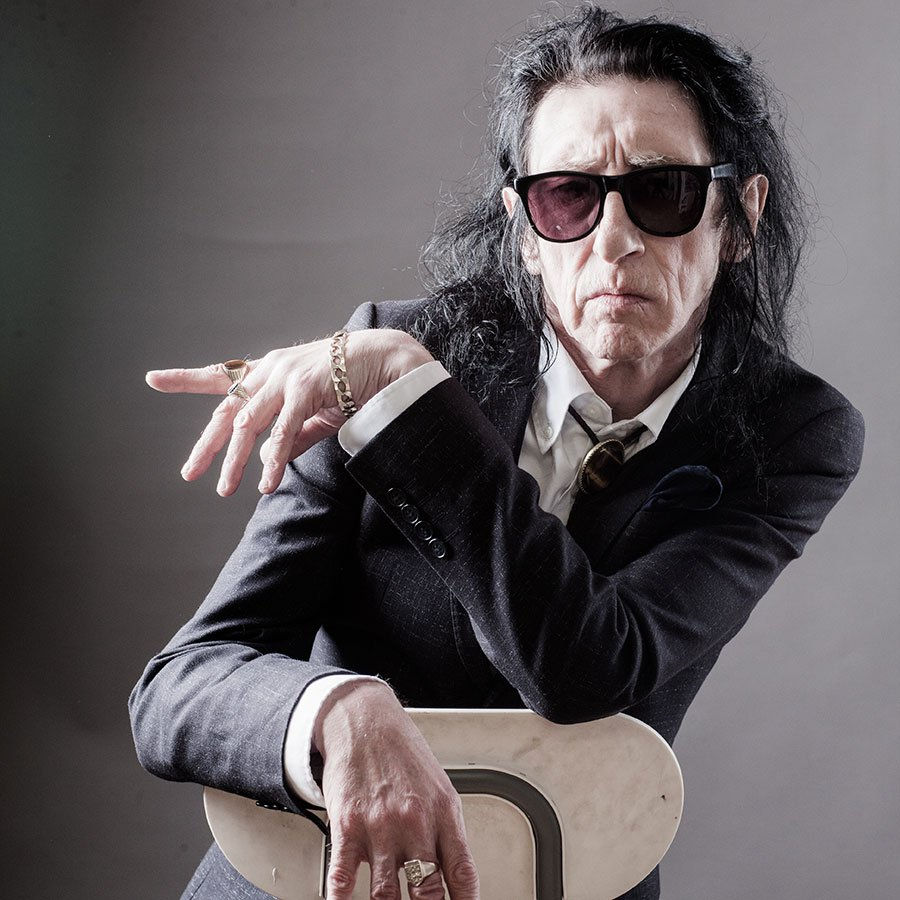 We are overjoyed to announce that artist Charlie Mackesy is coming to Latitude. Charlie’s first book, The Boy, The Mole, The Fox and The Horse is the simple and profound tale of four unlikely friends discovering their most important life lessons. The book is a The Sunday Times and New York Times Bestseller and recently won Waterstones Book of The Year.

You can join Charlie at Latitude for an hour of drawing and conversation, as he brings his characters into life, live on stage.

Charlie said: “Latitude has always felt free, and open and kind, and it seems to transcend the ages. I never crossed my mind that one day I would actually be performing; telling the story of The Boy, The Mole, The Fox and The Horse while I draw”.

Women’s Prize for Fiction return to Latitude for a fourth year with an exceptional panel of inspiring women including prize co-founder and bestselling novelist, Kate Mosse. And, finally, Salon London will present to you the brightest and boldest ideas from experts, authors and academics.

Visit the Latitude Line Up to check out all of the music and arts names coming to Latitude Festival on 16th-19th July 2020 in the beautiful grounds of Henham Park, Southwold, Suffolk.