Your Guide to Gig Theatre at Latitude 2019

What is Gig Theatre, you ask? Gig Theatre is where music and theatre meet to give you an impactful and unforgettable performance.

At Latitude we’ve nurtured Gig Theatre companies to bring you groundbreaking shows and this year is no different. Check out our Guide to Gig Theatre for all the must-see performances this July.

For a powerful look at mental health, the multi-award winning Electrolyte is a must-see. Written in spoken word, the play tells the story of Jess who moves to London after her father’s suicide to follow singer-songwriter Allie Touch. Jess’ unraveling mental health and life in London is expertly mix with live electronic music to make gig theatre at its powerful.

James Meteyard, Electrolyte’s, Artistic Director shared with us what to expect from the play.

A visceral exploration of mental health through one girl’s experience told by a cast of six incredible multi instrumentalists, who seamlessly interstate live music with expert story telling. It’s part gig, part theatre. It will move your feet, pluck your heart strings and leave you dazed by the hope-filled and life affirming story.

It’s the perfect playground for this kind of show! A music festival dedicated to staging the highest quality work in the UK and international arts scenes. It’s an opportunity to really engage with music and arts lovers with this mash up form and will give it a truly gig like feel, that will sweep us all away from the sunny fields and into a place like no other! 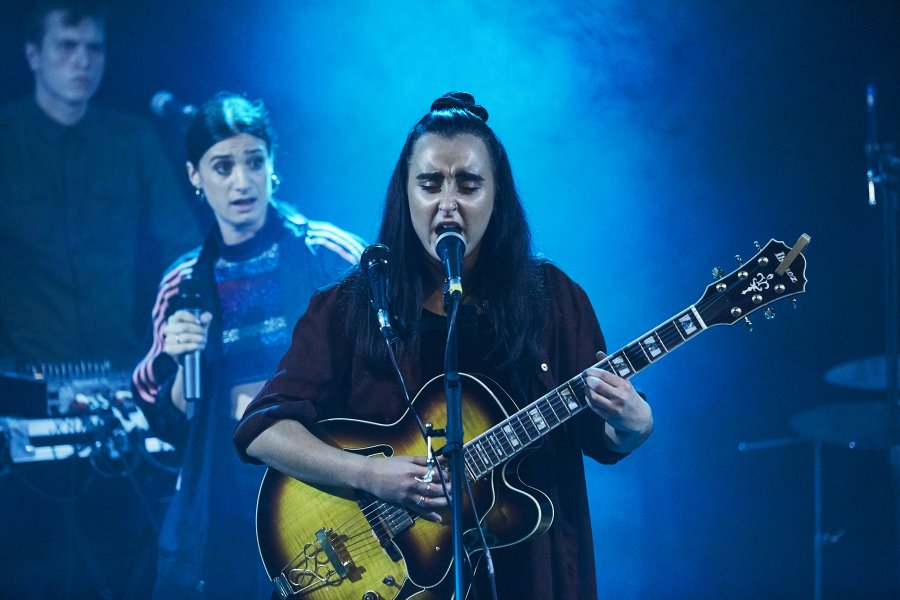 Not Too Tame: See How They Run Takeover

Get ready to rock out with the award-winning, Not Too Tame. The raucous theatre company returns to Latitude this summer with a show inspired by characters from the songs of The Beatles with the See How They Run Takeover.

We spoke to Jimmy Fairhurst, Not Too Tame’s Artistic Director, to find out more about gig theatre and the See How They Run takeover.

Expect the unexpected! Expect lyricism, love, big bold Beatles-esque characters and belly laughs, expect swagger, singing swaying crowds, expect it to be a lot of fun and expect it to be packed! Last year people had to queue up outside just to get a peak at out 90s BRITPOP show. It goes without saying when you’re doing a Beatles inspired show, but expect sensational music!

Latitude is quickly becoming a real playground for gig theatre. A chance to explore, celebrate and genuinely play with the form and the stories we want to tell through it. We tell stories that are steeped in working class culture, like Shane Meadows and Jimmy McGovern. It’s great that Latitude brings us into the heart of the conversation, rather than feeling like theatre is a playground for the middle classes, because it’s not – theatre is for everyone.

This year there are numerous exceptional companies bringing gig theatre and now audiences expectations are growing … and we will not fail to deliver! NTT have something very special for you this year. If you love The Beatles or you love our work to date, this is going to be for you! 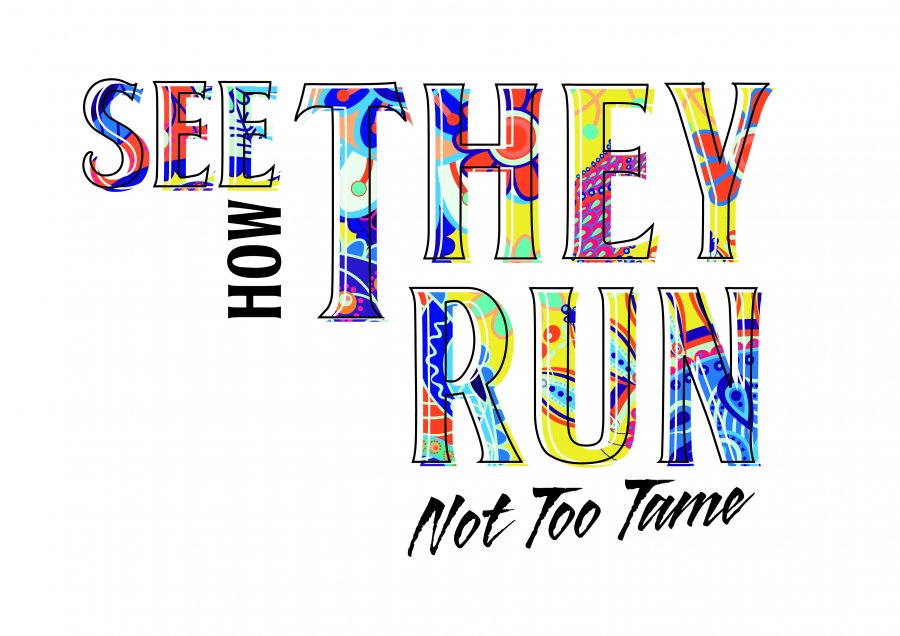 Like many of us, Suitman Jungle is trapped between his nine to five in the city and his true passion in life…music! Join percussionist Marc Pell (Mount Kimbie, Micachu & the Shapes), aka Suitman Jungle, during his work breaks as he bashes out beats. With live drum ‘n’ bass, jungle beats and spoken word, nabokov’s Suitman Jungle takeover is theatre to rave to.

Stef O’Driscoll, artistic director of nabokov, spoke to us about what we can expect from the show.

GIG with a STORY. Can I get away with that as it’s four words?

A combination of spoken word with drum and bass and jungle, played live on a stand-up drum kit.

Latitude is a playground and creative lab for companies like nabokov. Year after year we have been able to test out new ideas, experiment with the form in a safe and live environment that abolishes the often alienating etiquette of theatre. Latitude takes risks and has has always been at the forefront of programming groundbreaking theatre and companies such as nabokov, Middle Child and Not Too Tame. Latitude celebrates ideas and collaboration with artists across art forms as we come to Latitude because we open up whole new worlds and audiences to a theatrical experience not often encountered. Latitude seeks out and champions this work providing us with an opportunity to play and explore presenting new forms, crossing genres and presenting the voice of an underground movement.

Middle Child – Canary and The Crow

The award-winning Middle Child return to Latitude to bring you Canary and The Crow. A brand new gig theatre show, it tells the semi-autobiographical story of a working class black kid’s experience at an elite grammar school.

Middle Child shared their thoughts to gig theatre and what you can expect from Canary and The Crow.

A ravey, grime-inspired piece of gig theatre about a working class black kid’s experience at a prestigious grammar school. It’s a semi-autobiographical show about being caught between two worlds and struggling to find your place in either.

Latitude is a festival where you can stumble upon and discover exciting pieces of theatre, that fit perfectly alongside the live music and comedy acts elsewhere on the bill. Gig theatre plays with the audience’s expectations of performance and makes for an exciting storytelling experience. 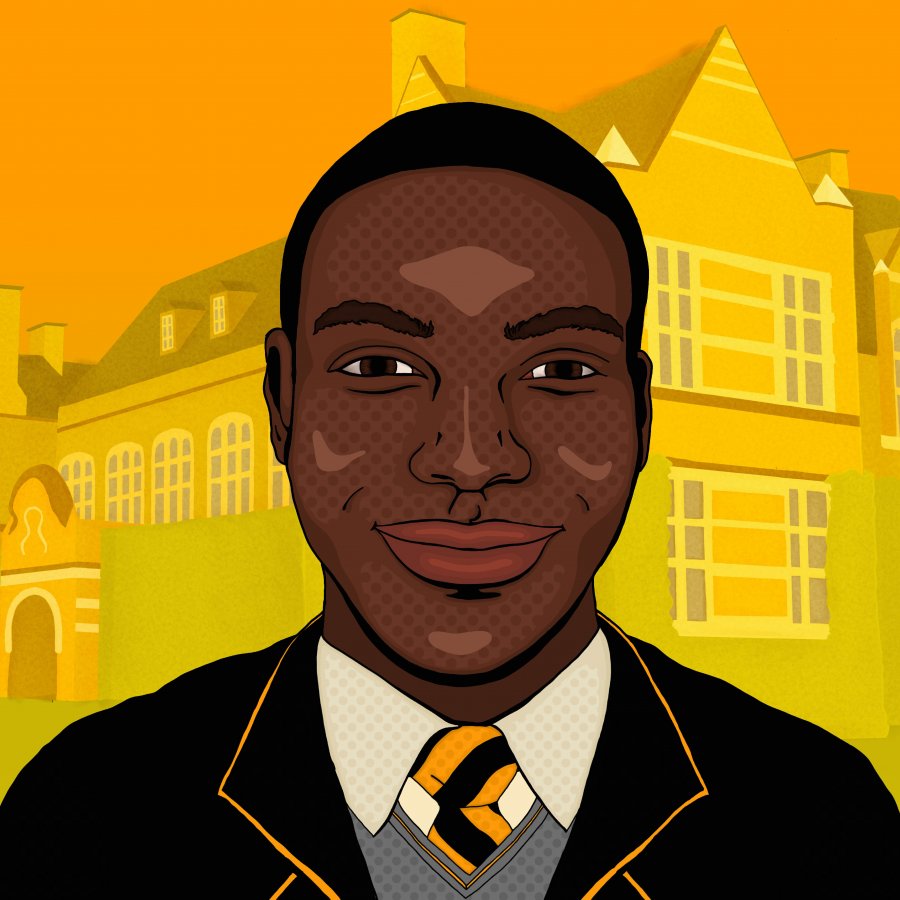 Nina Kristofferson spoke to us about the the Billie Holiday Story and her upcoming performance at Latitude.

How would you describe gig theatre in three words

The Billie Holiday Story takes you on an immersive and emotional journey of Lady Day’s career punctuating each story with some of her greatest hits, like: God Bless The Child, Good Morning Heartache, Strange Fruit, Don’t Explain, All of Me and many more.

With an outstanding five piece world class jazz band joining me on stage, lead by the incredible Allan Rogers, the audience is catapulted back in time to experience the highs and lows of the legend Billie Holiday.  Electrifying, emotionally gripping and fun, the Nina Kristofferson’s Billie Holiday Story is a show not to be missed.

Latitude Festival is an exciting and incredible opportunity for my show to be enjoyed by a wider audience. [You] will get a chance to experience some of the finest jazz music that we all know and love, cushioned within a story, revealing some of the most poignant moments of Billie Holiday’s life captured within a time capsule. 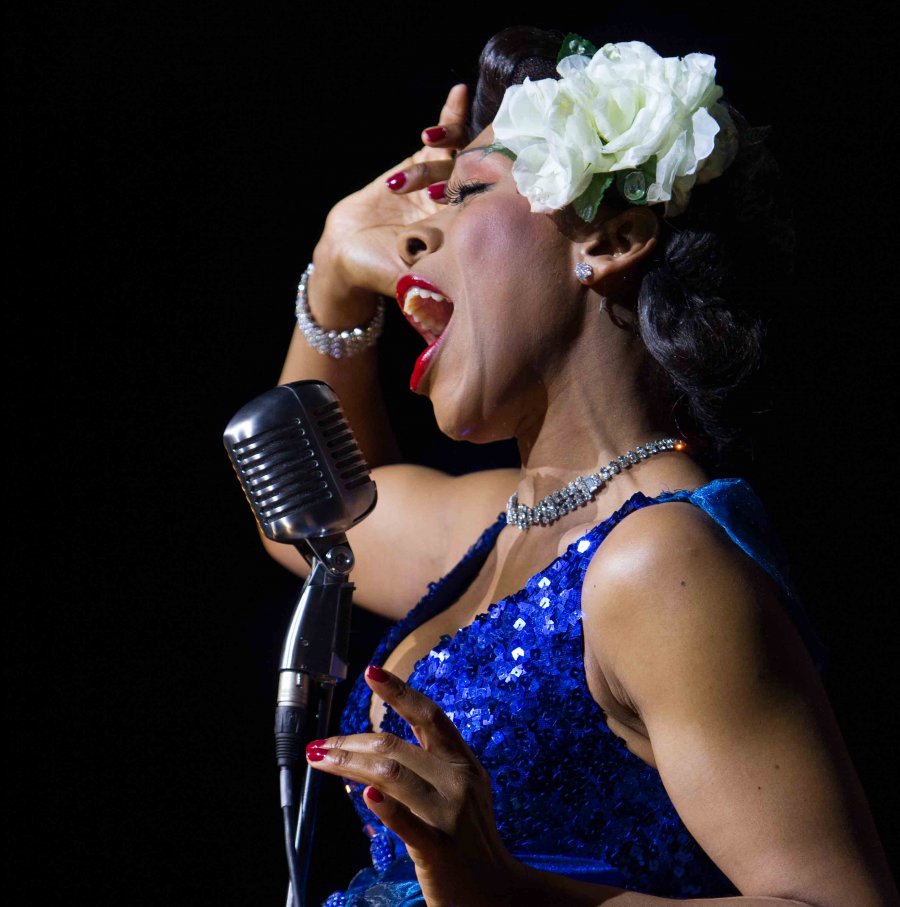