We can’t believe that it’s been four months since Latitude 2018. With winter fast approaching, we cast our minds back to those hazy summer days in Henham Park and countdown the 10 Reasons Why We Miss Latitude 2018.

Remember lying outstretched in Henham Park being warmed by the sumptuous Suffolk sunshine? Latitude 2018 was undeniably a scorcher, with the thermometer rocketing past a blissful 25 degrees throughout the weekend.

With winter tightening its icy grip, we can’t help but look back with a lovelorn fondness to those carefree sun soaked days. 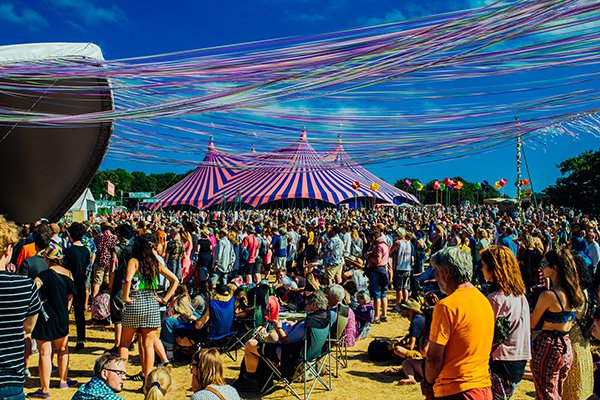 Latitude 2018 was overflowing with sets that bristled the hairs on the back of your necks and shot an arrow straight through your hearts.

Singalong sets were plentiful in the Obelisk Arena with us singing ourselves hoarse to The Charlatans, Rag N’ Bone Man, Wolf Alice and The Killers’ unforgettable headline set.

We wish we could go back to the BBC Music Stage to get goosebumps from Mogwai’s haunting atmospherics, pogo to IDLES’ impassioned punk, sing arm-in-arm to Liam Gallagher’s secret set and dance until our feet can dance no more to Jon Hopkins’ euphoric closing set. 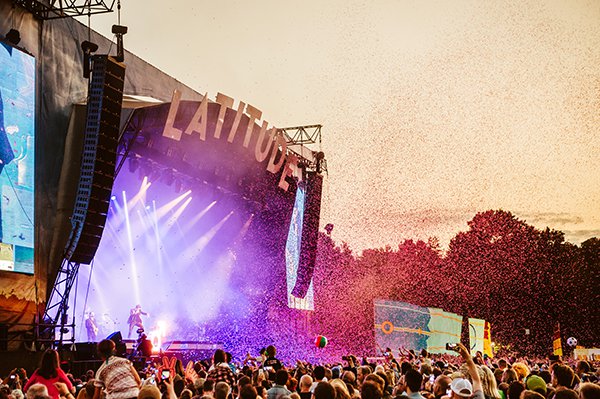 Latitude is one of the few places where you can spend a whole weekend indulging in the sights and sounds of the brightest up and coming artists.

We were hooked by the syrupy rhymes of ‘Shade’ MC, IAMDDB, in the Sunrise Arena, the punchy post-punk of Brooklyn’s Bodega at the packed Lake Stage, the magnetising meshing of genres by South London buzz band Black Midi, Black Honey’s disco infused Obelisk Arena set and LUMP’s cinematic electro.

Whilst in the world of art we were amazed by the work-in-progress performances including Bryony Kimmings’ I’m A Phoenix, Bitch, the visual spectacle of She Shine On and the raucous gig theatre of the Latitude co-produced, Pop Music. 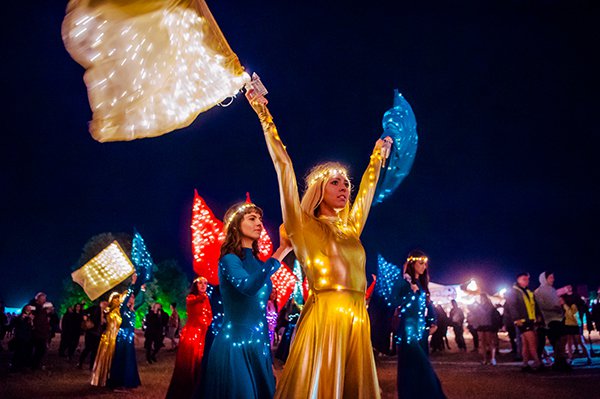 This year was the first time Street Feast came to Latitude and we took full advantage of their debut. Our mouths are watering just remembering the delicious pillowy bao buns from Yum Bun, Fundi’s pizzas smothered in cheese and Club Mexicana’s belly filling vegan burritos.

There’s a special place reserved in our bellies for those chocolate dipped Love Churros,which we dined on at 10pm and gave us the energy to party until dawn. 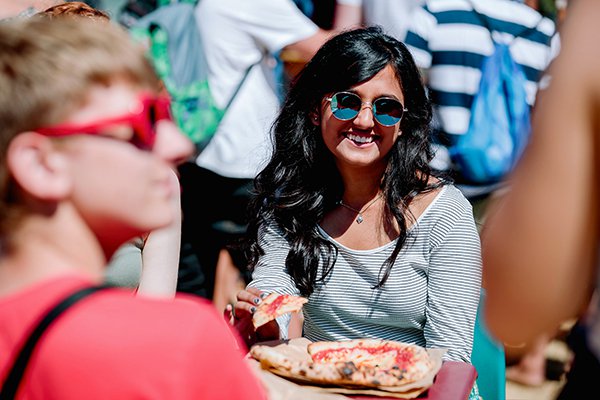 5. Getting lost in the wood

We miss walking into the woods at Henham Park and, rather than the sound of tumbling of autumn leaves, hearing the beats of Idris Elba’s surprise DJ set, the sounds of the BBC Music Introducing Stage, the movement of the installations in SOLAS and the interactive spectacle of Instant Scorchestra. 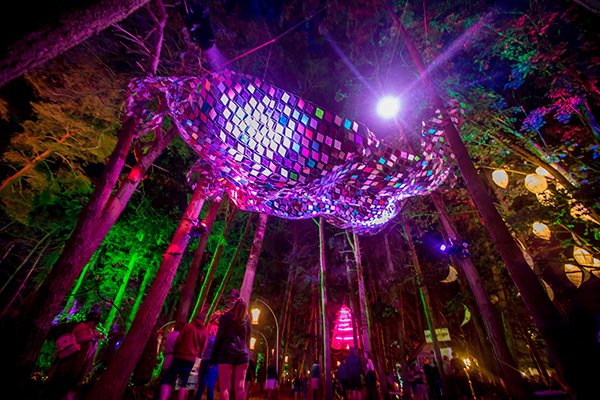 Sitting in an airplane simulation in Flight, having a 5 minute hug in the Faraway Forest,  and stretching to Donna Summer at Disco Yoga – Latitude 2018 had us embracing a spontaneity that just isn’t there in our 9 to 5. We might just hug a stranger on the tube to relive it. 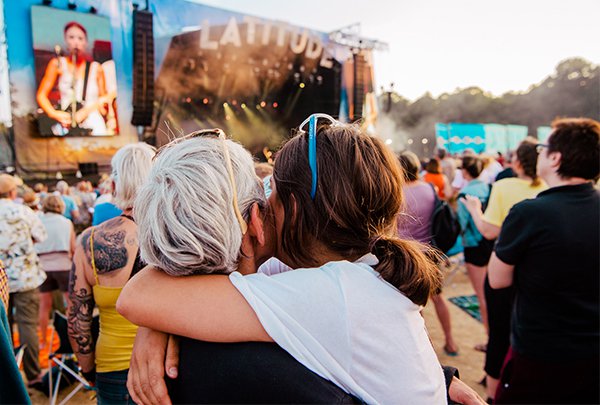 If you asked us right now if we’d like to join you in a forest after midnight, we’d wonder if you’d had one too many espressos . However, at Latitude 2018 the woods were where we headed after dark for blistering sets in the Sunrise Arena and not forgetting that secret Jon Hopkins set in SOLAS. 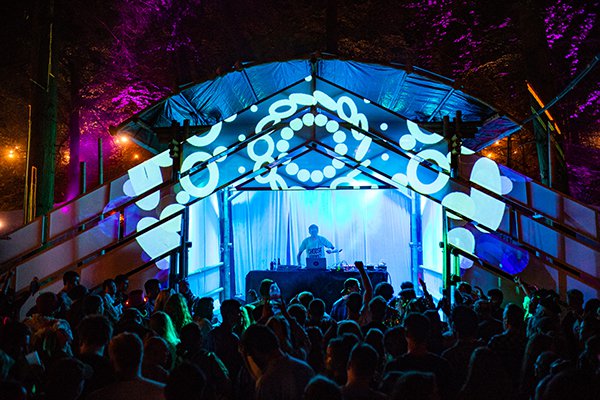 8. Laughing until our stomach muscles hurt

We’re still chuckling at Sandi Toksvig’s potty mouth delivery hosting QI Live, Marcus Brigstocke walking onstage dressed as Beelzebub himself, Dylan Moran’s as dry as gin wit, Harry Hill getting up close and personal with the Comedy Arena audience, and Kiri Pritchard-Mclean’s gutter humour. That was just the comedians, let alone the laughs we had with our friends. 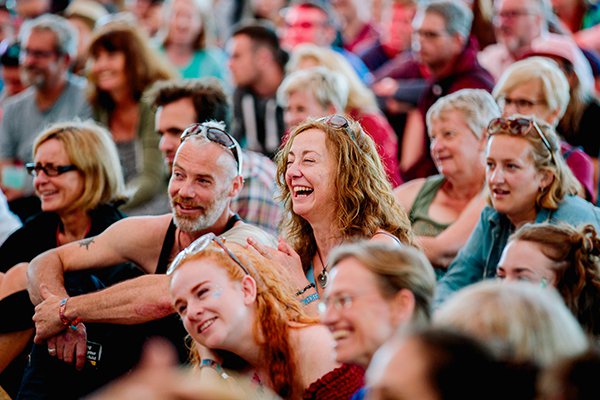 With festival season behind us, our cultural kicks have been rationed to single trips, whereas at Latitude 2018 we could gorge on wonders from the world of theatre, dance, spoken world and film nearly 24/7.

If only we could spend this weekend being awestruck by the gravity defying Matthew Bourne’s Swan Lake, listening to Asif Kapadia spilling the beans about his upcoming documentary Diego Maradona to Mark Kermode and having a chair at Jesse Ware’s kitchen table in real life. 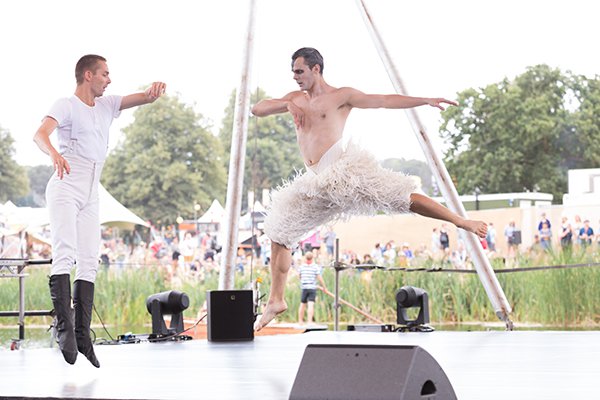 Just look at them their angelic faces, need we say more? 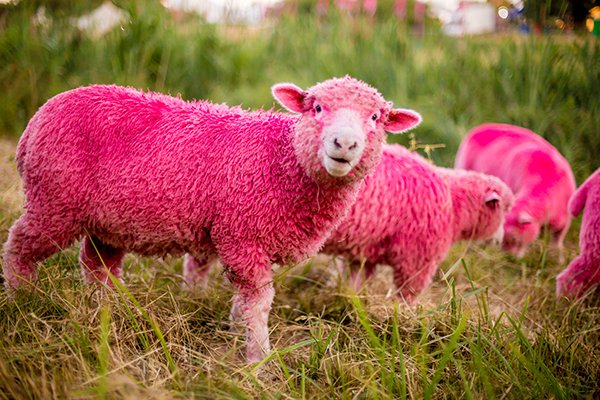 Latitude 2019 returns to the wonderful surrounds of Henham Park on 18th-21st July 2019 for more unforgettable moments from the worlds of music and arts.