2018 made for Latitude’s hottest year yet, as 40,000 festival goers enjoyed unforgettable headliners, tantalising street food, and laugh out loud comedy under the summer heat.

On Friday, Grammy-award winning Solange performed a UK exclusive set for Latitude. The songstress enraptured audiences with an avant-garde set, her soaring voice and jazz infused melodies taking classic R&B to ever more adventurous heights. The Killers championed the Obelisk Stage on Saturday night. Led by charismatic front man Brandon Flowers, the band were triumphant playing hit after hit including ‘The Man’, ‘When You Were Young, and of course ‘Mr. Brightside’. Brandon noticed a sign in the crowd requesting to play drums, the lucky fan was then brought on stage- Henry from Cambridge delivered a stellar rendition to a beyond jubilant crowd! Sunday crowds were drawn in to the effervescent alt-J. Nothing beats three of the most interesting men in popular music serenading a Latitude crowd to a heart-stopping Suffolk sunset. Never one to disappoint, their effortless beats made for the perfect ending to the weekend. 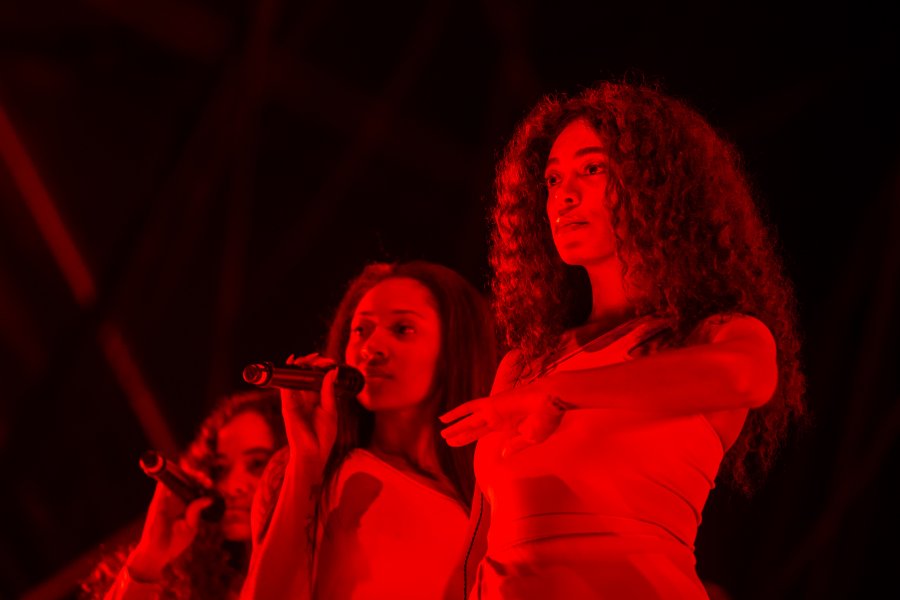 Rumours were rife across the arena for the secret act. Notorious for an eclectic lineup, the chameleonic quality of Latitude meant that this icon was not set to disappoint. After a stealthy tweet regarding the nice weather in East Anglia, the news broke: Britpop superstar and Oasis front man Liam Gallagher had arrived. Powering through a nostalgia tinged set list, Gallagher packed out the BBC Music Stage. Later he appeared on stage with The Killers, joining the band for quick chat before excusing himself from a joint cover of ‘Acquiesce’.

The weekend was peppered with highlights with a hallmark focus on community and collaborative ethos, Latitude continued to stay committed to supporting local talent. Setting things off first thing Saturday morning on the BBC Music Stage, the all-women’s, Suffolk based choir Pop Chorus covered songs by past and present headline acts. 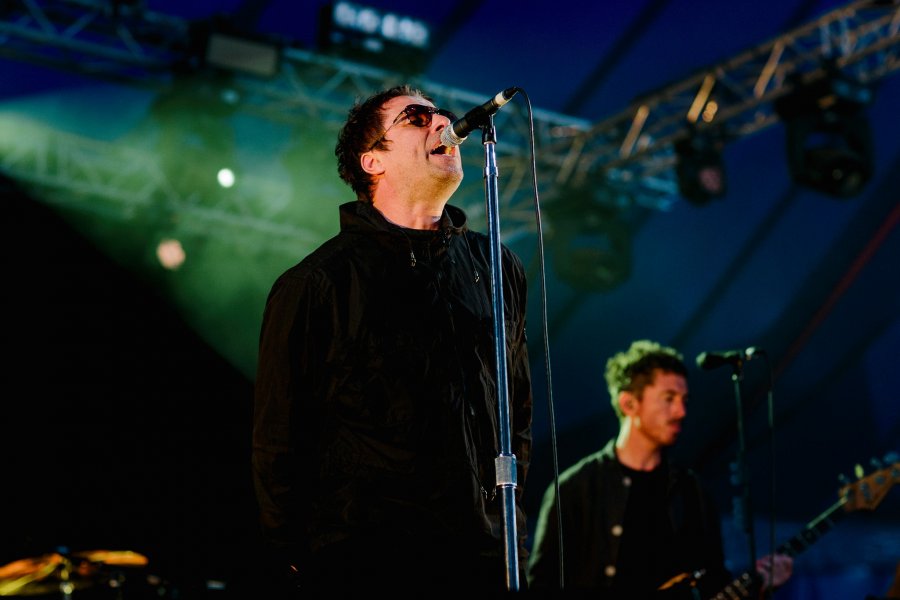 Opening up the comedy early on Friday morning was the multi-award-winning QI. The episode was recorded live with panelists Rachel Parris, Lou Sanders, Marcus Brigstocke as well as the long-standing sidekick Alan Davis. Toilet (or rather portaloo) humour was as rife as the dreaded klaxon buzzer, with the quick witted and silver-tongued Sandi Toksvig on top form. Self-described “wide collared loon” and British icon Harry Hill made a fantastic slapstick appearance, alongside renowned up-and-comer Mo Gilligan. Top of the bill at the Cabaret Tent: Britain’s Got Talent Winner Lee Ridley aka Lost Voice Guy. Ridley has a unique power to seriously challenge stigma surrounding disability through side-splitting wit and charm; a comedian like no other in more ways than one. 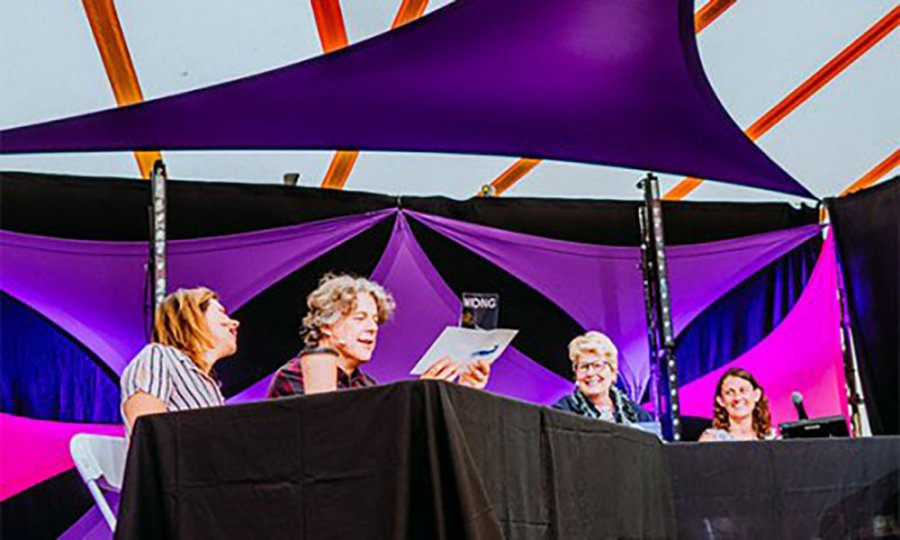 The exquisite dance programme on The Waterfront Stage included many of the UK’s leading, world-class contemporary dance companies. Matthew Bourne’s New Adventures wowed crowds as did BalletBoyz acclaimed show Fourteen Days. Sadler’s Wells returned to The Waterfront Stage for an eleventh year to present a diverse programme of world-class dance and exciting new work, including a preview of Zoonation’s forthcoming Sylvia.

Tinged with President Trump’s arrival and some of the biggest protests that the country has ever seen, the political commentary at Latitude was more poignant than ever before. An oasis in the post-Brexit confusion, the festival became a space to recollect, reassess and look towards less troubling times. Of course, it’s not all doom and gloom, hailed as the British answer to Hamilton, Suffrageddon commemorate 100 Years since (some) women gained the right to vote. The hip-hop extravaganza retells the story of the Pankhurst sisters and their comrades through the voices of women of colour. 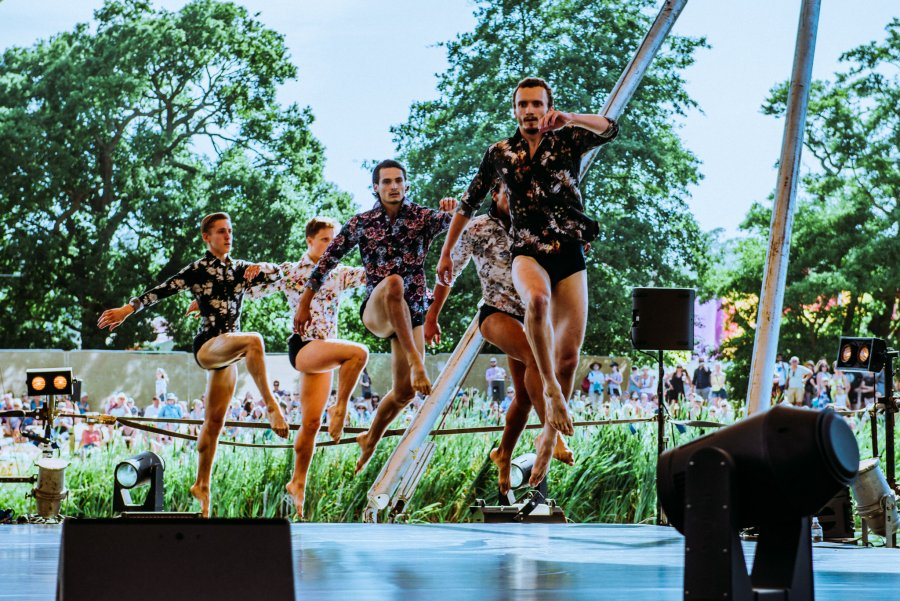