In 2016 Latitude Festival celebrated over a decade of seasons by settling back into its home of Henham Park with the old familiarity of a festival already in its 11th year and with the bustling excitement of a weekend that always has something new in store.

Three rock titans took on the prestigious headline slots, capping each night with brilliant lights, huge sounds and a stage presence that resonated from the barrier to the back row. The Maccabees closed the Friday at the Obelisk with a set that would become bittersweet and more invaluable than ever when the five-piece would announce their disbandment just a few weeks later. The National made Latitude history on the Saturday as the first act to ever headline Latitude twice, and they brought out all the stops – including Lauren Mayberry of Chvrches – to prove their worthiness. It was up to New Order to end the festival on a high note on the Sunday, and they showed they’re as capable as ever of creating a huge party and bringing it home. 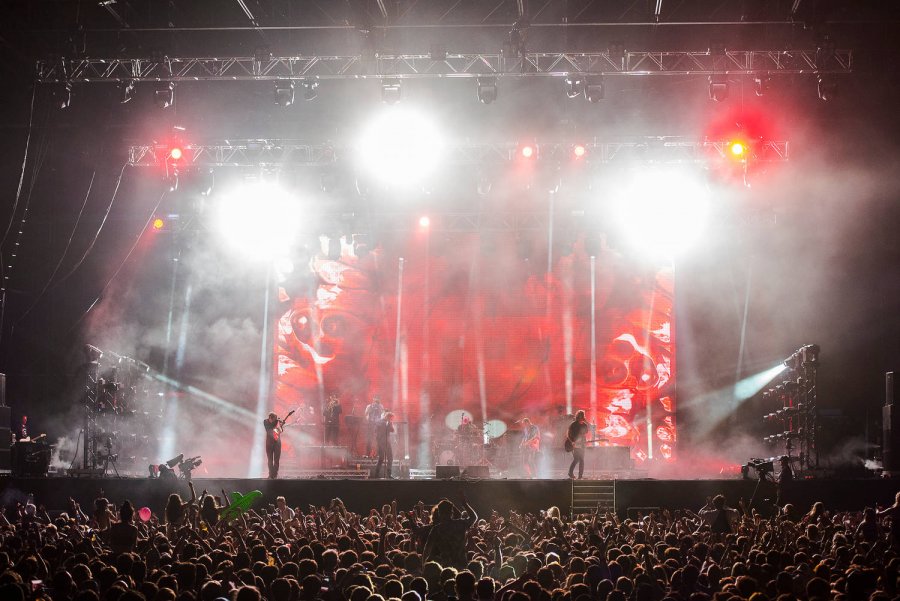 The rest of the music stages were constantly host to rising stars and old favourites, so that at any given moment you could settle in a patch of grass or stroll through the woods and find a song waiting for you. If we can be so bold as to say it, it’s the women of Latitude who truly stood out this summer in music, with unforgettable performances that will stay with us long after 2016 has passed. From the inimitable Christine and the Queens, to the breathtaking Laura Mvula; the uninhibited Grimes to the powerhouse of Aurora, female artists took Latitude by storm with their talent and ingenuity. 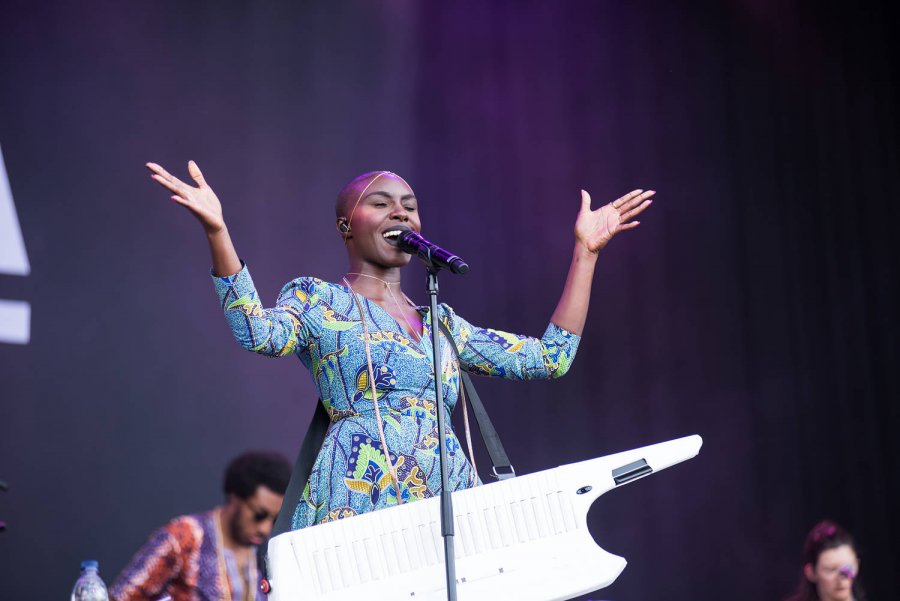 The Lumineers were also a standout, performing tracks new and old and surprising us all with Wesley’s wander through the crowd mid-set. Father John Misty’s swaggering walk felt as at home on the Obelisk stage as his vulnerable love songs. Slaves brought the tent down during their packed set on the BBC Radio 6 Music Stage. Foy Vance had us all entranced, until we went wild with the surprise appearance of Ed Sheeran. They were all moments that will be difficult to top. 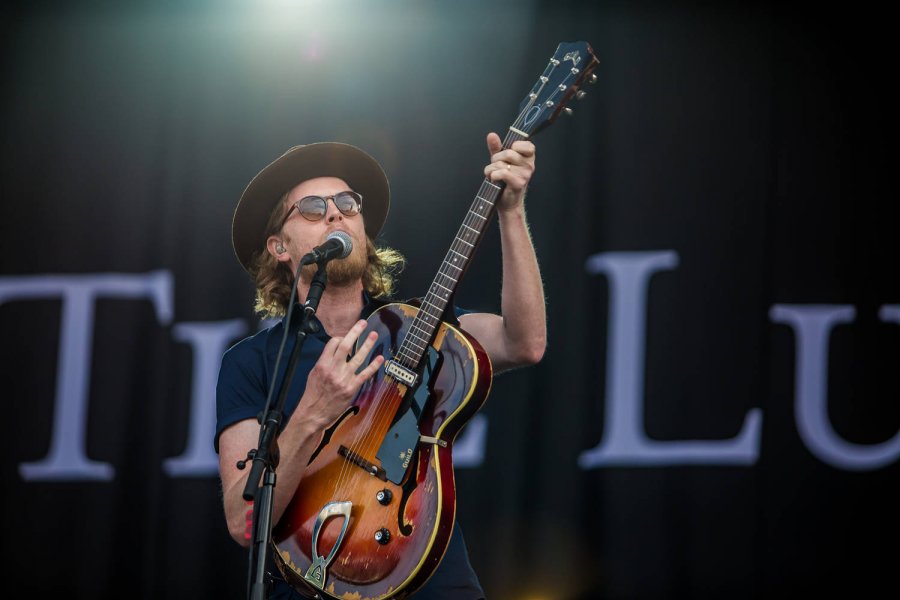 The Comedy line up balanced the musical offerings with some of the best names in the industry. Russell Howard and Bill Bailey had the Comedy Arena bursting at the seams with laughter, while Reggie Watts filled it to the brim with his ad-libbed singing on love, life and our future holographic overlords. Even if you didn’t make it over to the Comedy Arena (promise us you’ll make it next year, alright?), you might’ve caught an impromptu set from the self-professed online dating expert Joe Lycett, right outside of the ActionAid tent. 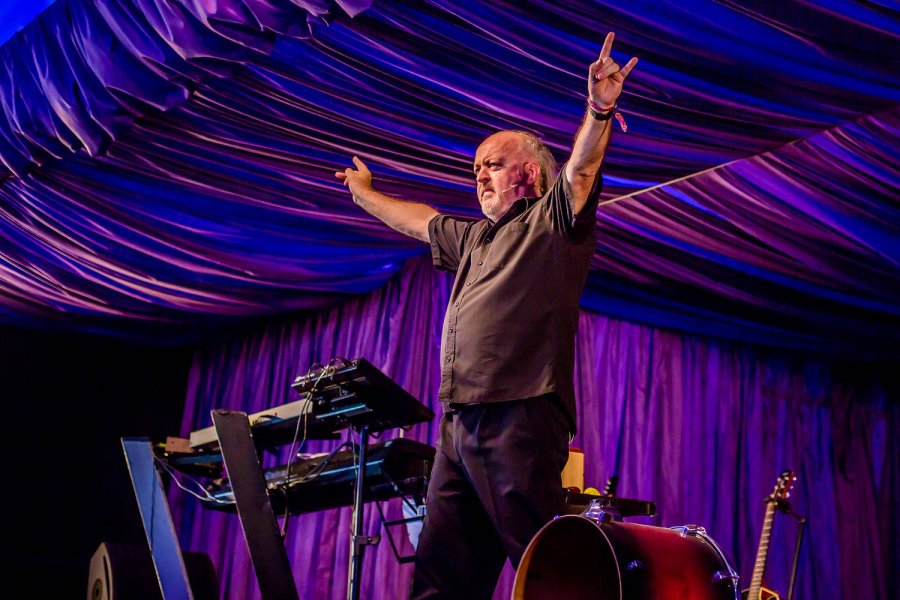 There were plenty of reasons to be by the lake this year. Whether looking for a reprieve from the warm summer sun by going for a dip in the water, or taking up a spot on the grassy bank for a selection of world-class dance on the Waterfront Stage, or simply meandering over to take in the stunning sunsets – there is nothing quite like the sights and serenity at the lake.

Thespians and the like were delighted with our diverse theatre line up. From London’s Young Vic theatre with Jane Horrocks & the If You Kiss Me, Kiss Me Band performing ’70s and ’80s new wave classics to the Berlin-based collective, Familie Flöz and the Swedish, Svalbard. 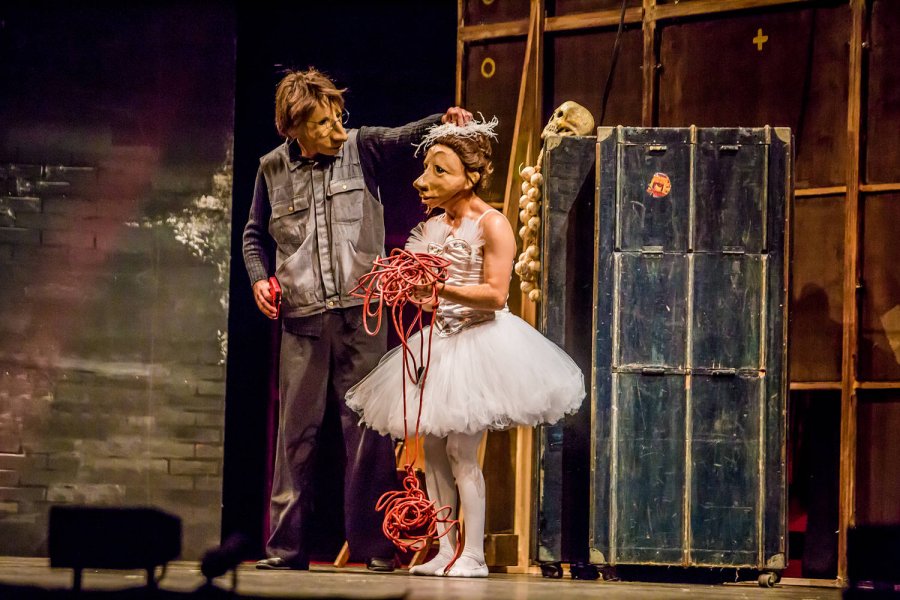 Over in the Wellcome Trust best-selling author, Ben MacIntyre shared his research behind ‘A Spy Amongst Friends’ the definitive biography of Kim Philby, the most notorious British defector and Soviet mole in history. Known for their exquisite exhibitions, The Victoria & Albert Museum previewed, ‘You Say You Want a Revolution? Records and Rebels 1966-70’ which explored the era-defining significant and impact of the late 1960s. 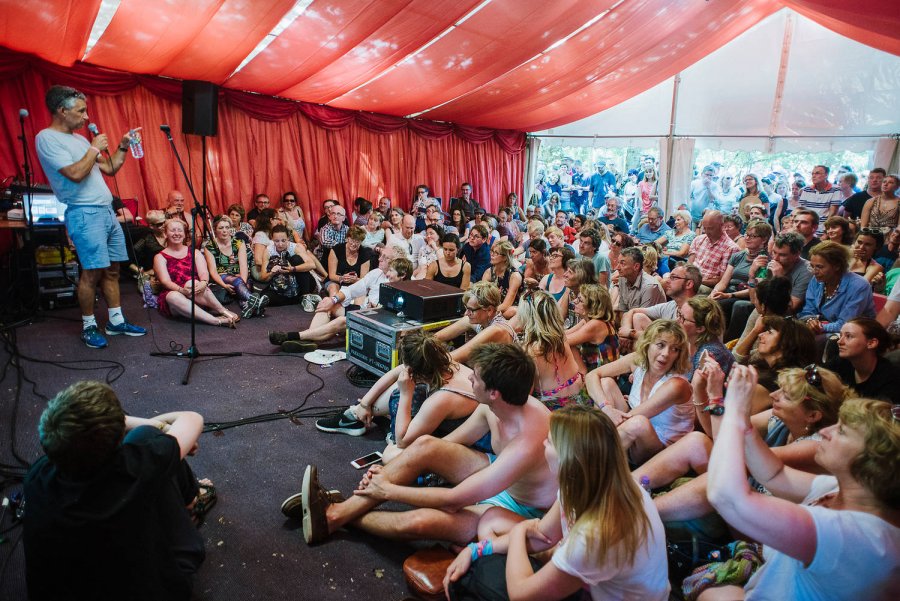