The fourth edition built on strong foundations of previous years. With new arenas popping up, the festival expanded and welcomed even more festival fans than ever before. 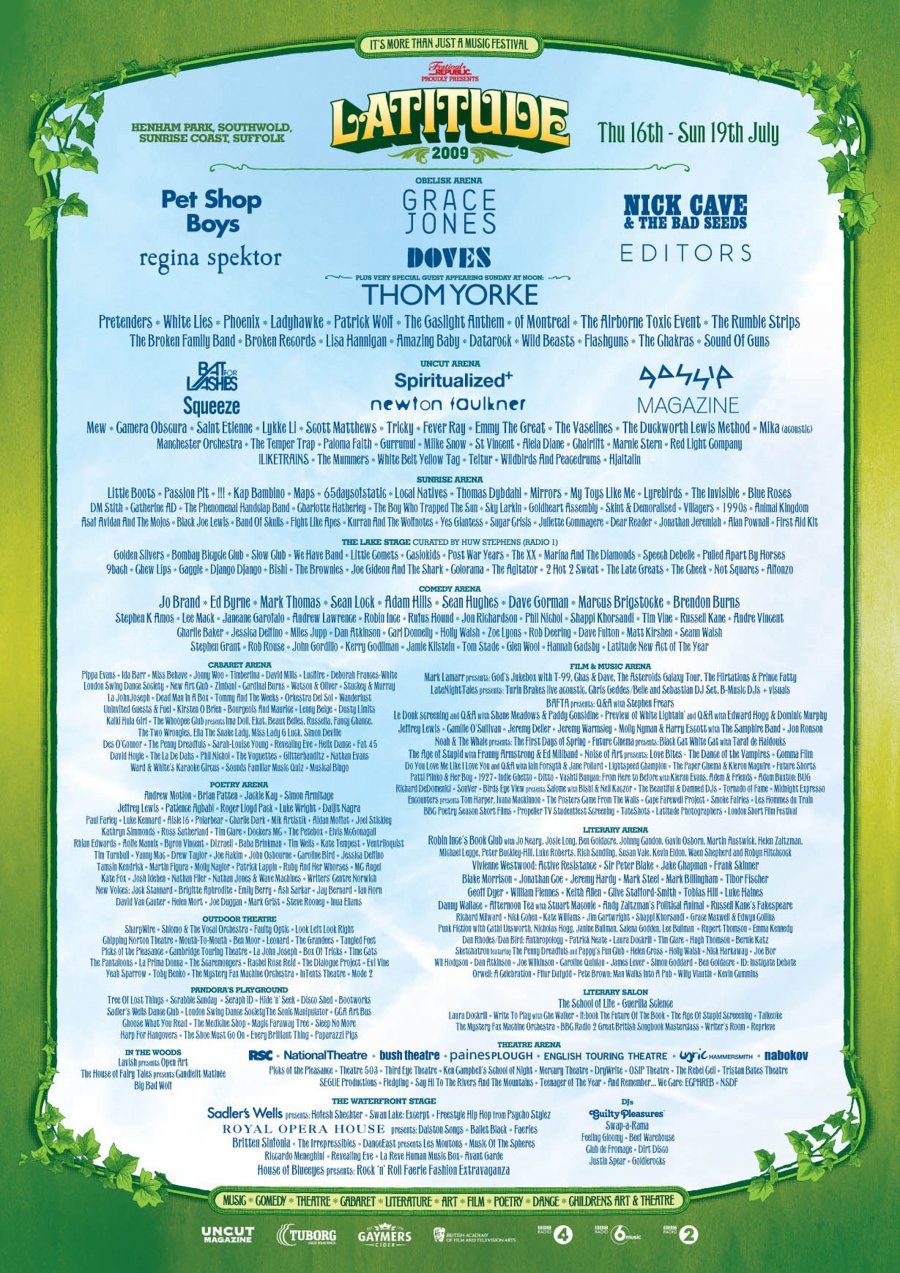 The line up read like a who’s who of the creative arts. Sadler’s Wells brought an incredible dance programme and this year they were joined by the Royal Opera House. The calibre of theatre companies that brought performances was incredibly high and included The Bush, National Theatre, Royal Shakespeare Company and Paines Plough to name but a few. The Poetry Arena has developed into Europe’s largest poetry festival in its own right and with a line up that included Andrew Motion, Jackie Kay and Luke Wright. The Comedy Arena was once again fit to bursting with heavyweight comic genii including Jo Brand, Sean Lock, Ed Byrne and Mark Thomas. The Literary Arena got its own fair share of titans in the form of Vivienne Westwood and Sir Peter Blake. 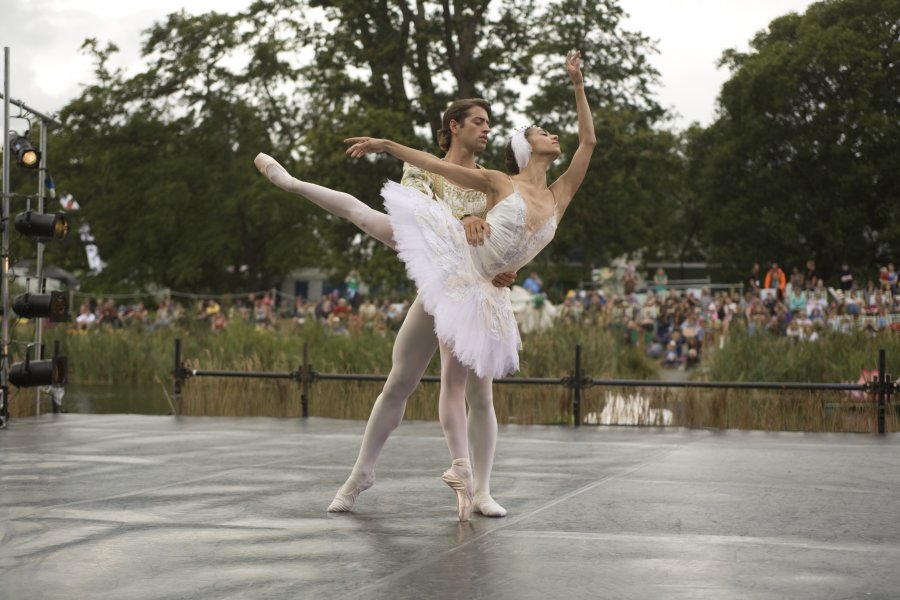 Headlined by Grace Jones, Pet Shop Boys and Nick Cave & The Bad Seeds, the other bands were as great – Editors, Regina Spektor, Gossip, Magazine, Squeeze and so many more. Thom Yorke was a highlight for all, with thousands gathering Sunday at noon to watch a stunning set. 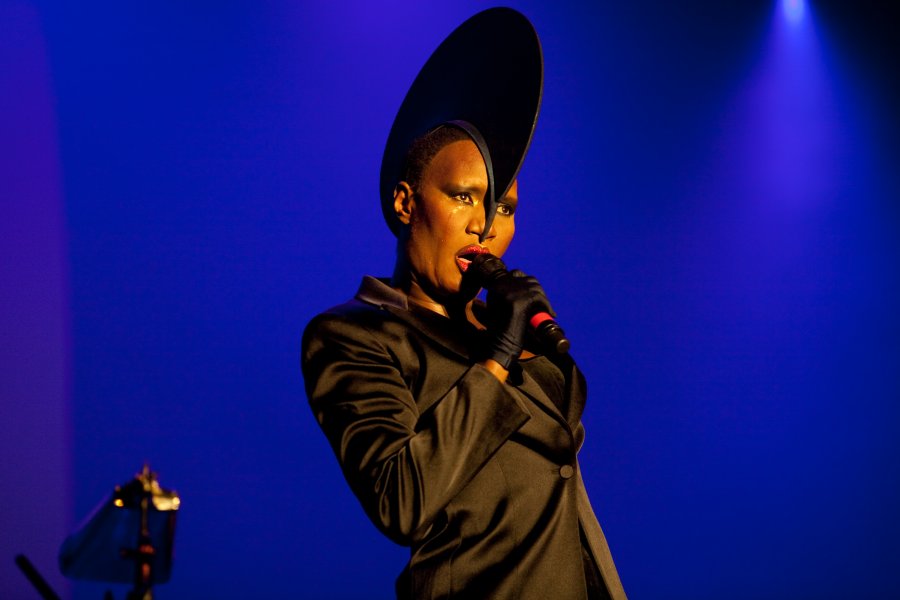 Musically, we saw names such as Bombay Bicycle Club, Slow Club, The xx, Marina and the Diamonds, Speech Debelle, Pulled Apart By Horses and Django Django all play on The Lake Stage – now look where they are.

Our first full orchestra booking came in the shape of Britten Sinfonia on The Waterfront Stage. An incredible performance. 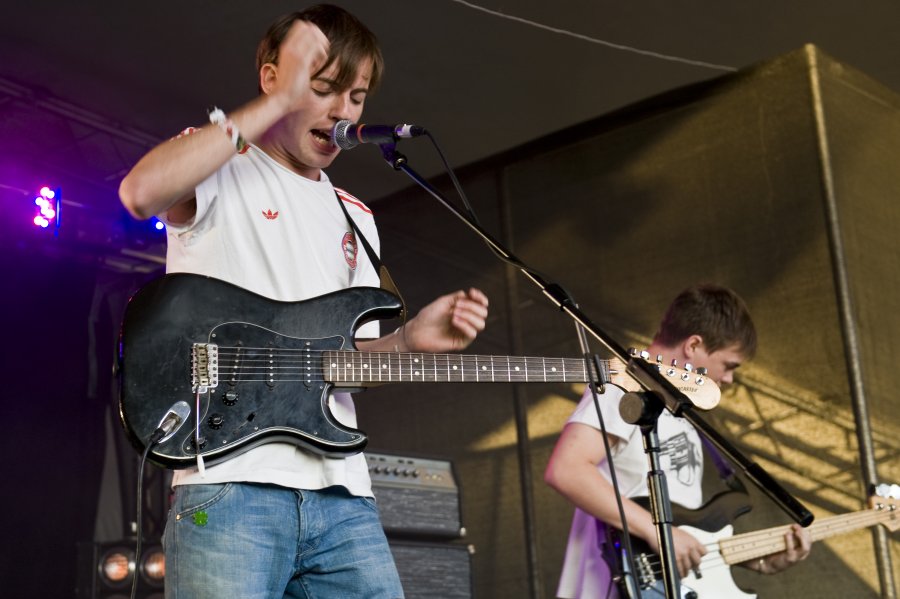 “Top-class performers, multi-coloured sheep, an exquisite lake setting and soil so porous no showers could muddy it. Latitude is becoming a fine alternative to Glastonbury.” Observer

“In four years Latitude has established itself as a big stop on the summer festival circuit.” The Times

“Latitude in Suffolk last weekend was something of a triumph…this could be a serious, even unmissable date in the literary calendar.” Telegraph

“Once again they’ve given us the perfect festival.” Uncut

“The Latitude Festival is fast becoming the place to showcase innovative theatre to a previously untapped audience (including) a rostrum of new-writing talent that would make Edinburgh a little green with envy.” The Stage

This was the year that we sent models across the water – literally. Our first fashion show was hosted by House of BlueEyes across the lake.