It’s going to be a huge year for Haim.

The Cali trio are headlining the Obelisk Arena stage on Friday at Latitude 2020. And, if that wasn’t enough, the sisters are set to release their hotly-anticipated third album.

But, how much do you know about the band’s history? Whether you’re just falling in love with Haim or you’ve been a fan forever, we’re here to take you through the stratospheric rise of Haim.

Before Haim there was Rockinhaim. Danielle, Este and Alana grew up in Valley Village in Los Angeles with their parents Moti and Donna. It was a musical family and their first introduction to playing music came when Moti, their Dad, set up a drum kit in their home and encouraged his daughters to bash out a beat.

Thankfully it didn’t stop there. Moti had a dream of his family playing together as a band called Rockinhaim. So, when Alana was just four years old, the family started playing together and jamming out covers of The Eagles, Santana, Billy Joel and The Rolling Stones.

Speaking to Complex Magazine, Alana said: “I honestly thought that every family had a band, that after dinner everyone played music with their parents”.

After attending L.A. County High School For The Arts in The Valley, Danielle and Este began performing with the all-girl pop group Valli Girls in 2005. They had moderate success: their song ‘It’s A Hair Thing’ was the theme song for popular kids TV show ‘Trollz’, and another song featured on ’00’s teen film ‘The Sisterhood of the Travelling Pants’.

They even performed on the Nickelodeon Kids’ Choice Awards in 2005, but disbanded shortly after.

In 2007, the three sisters finally decided to form their own band. They played their first gig at Canter’s, a Jewish deli, and spent five years playing other small venues in their home town of Los Angeles. However, they didn’t consider the band to be a serious career opportunity, as all three were busy with other projects.

Danielle in particular had become a successful touring guitarist, with acts like Jenny Lewis, CeeLo Green and Julian Casablancas of The Strokes – though she preferred to write her own music with her sisters, and following advice from Casablancas, the trio decided to pursue the band full time.

They took a year out to write their first EP, ‘Forever’, cramming themselves into Danielle’s rented apartment to mess around with drum machines and GarageBand. The EP was released as a limited time free download on their website, and grabbed them music industry attention via a series of shows at SXSW. After successful tours opening for the likes of Mumford & Sons and Florence & The Machine, Haim began 2013 having topped BBC’s prestigious Sound Of 2013 poll.

The Haim sisters spent another year recording their debut full length, ‘Days Are Gone’. In the meantime, they made their first appearance at Glastonbury Festival, playing their own set as well as appearing on stage with Primal Scream. Lead single ‘The Wire’ was a roaring success, selling 200,000 units in the UK and making it onto numerous ‘Best Of’ end of year lists.

The album landed in September to mass critical acclaim and a number one spot in the UK charts. “Haim’s impeccably crafted mix of influences—soft rock’s incandescent glow, R&B’s sensuality, the spiky-yet-polished effervescence of pop-rock—come together seamlessly,” said Pitchfork, while NME rated it as “one of the pop albums of the year”.

something to tell you

The next few years were a whirlwind for the trio, who went on to release collaborations with artists as diverse as Stevie Nicks and US rapper A$AP Ferg, win the NME Best International Artist award, and embark on international tours supporting the likes of Taylor Swift and Kings Of Leon. They also made their debut appearance on the Obelisk Stage at Latitude 2014!

In the background, the band were working on the follow up to ‘Days Are Gone’. Lead single ‘Want You Back’ was another smash, making the top 10 on the US charts and stirring up hype for their sophomore album entitled ‘Something To Tell You’. It dropped in July 2017, once again to huge critical acclaim (the LA Times said the album ‘makes you believe rock might have a future’). To support the album, Haim embarked on their biggest tour yet, including headlining two dates at London’s iconic Alexandra Palace.

So where does that leave us? Well, fingers crossed, with a new album on the way! Last year, the trio treated us to three songs – ‘Summer Girl’, ‘Now I’m In It’, and ‘Hallelujah’ – so it’s looking likely their third album will drop this year. It’s clear they haven’t forgotten their roots, either: the video for ‘Summer Girl’ was shot at Canter’s Deli, where they played their first gig.

“The whole mantra of the record is about being fearless and not holding yourself back,” Alana told NME of the upcoming album. The article also reveals details of a currently unreleased song called ‘The Steps’, which “follows the wonky-pop vibe of ‘Summer Girl’ a little more”.

By the sounds of things, Haim will only continue to rise.

Haim will headline Latitude Festival 2020 along with Liam Gallagher and The Chemical Brothers. It takes place on 16th-19th July in glorious Henham Park, Suffolk.

Get Your Latitude Tickets Now! 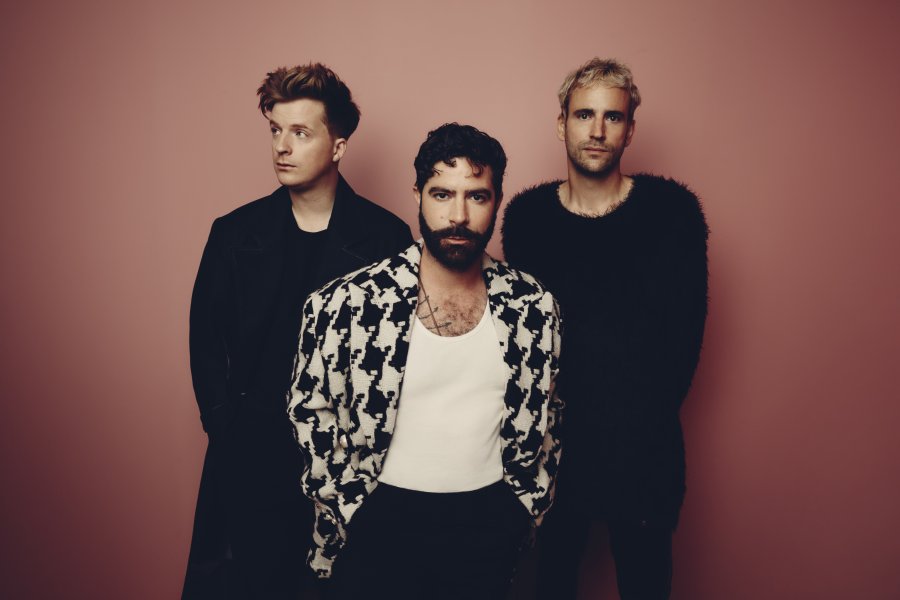 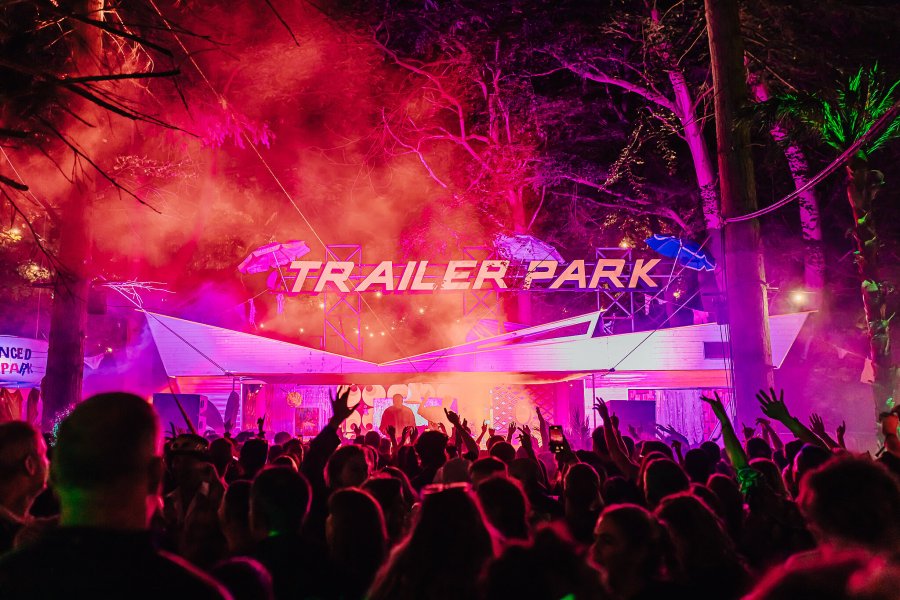 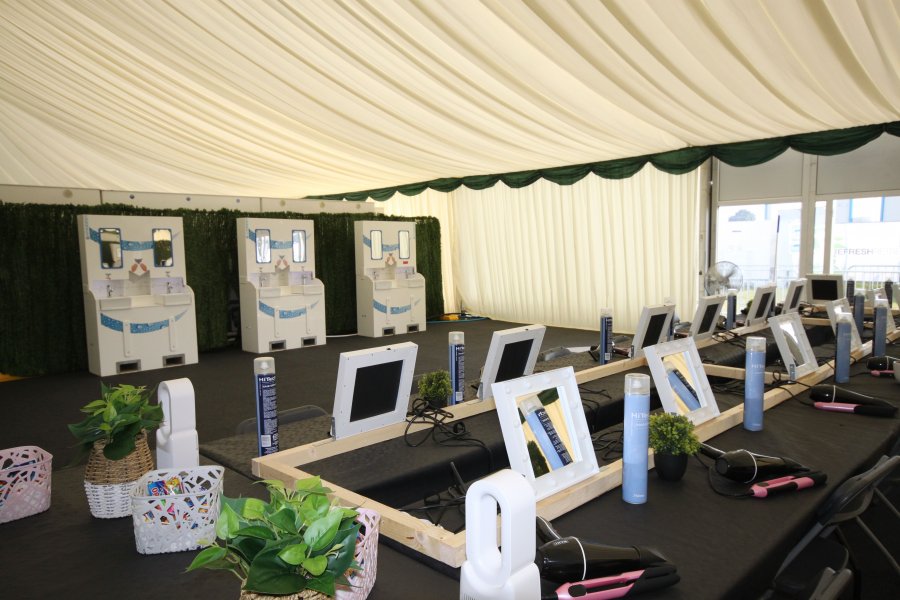 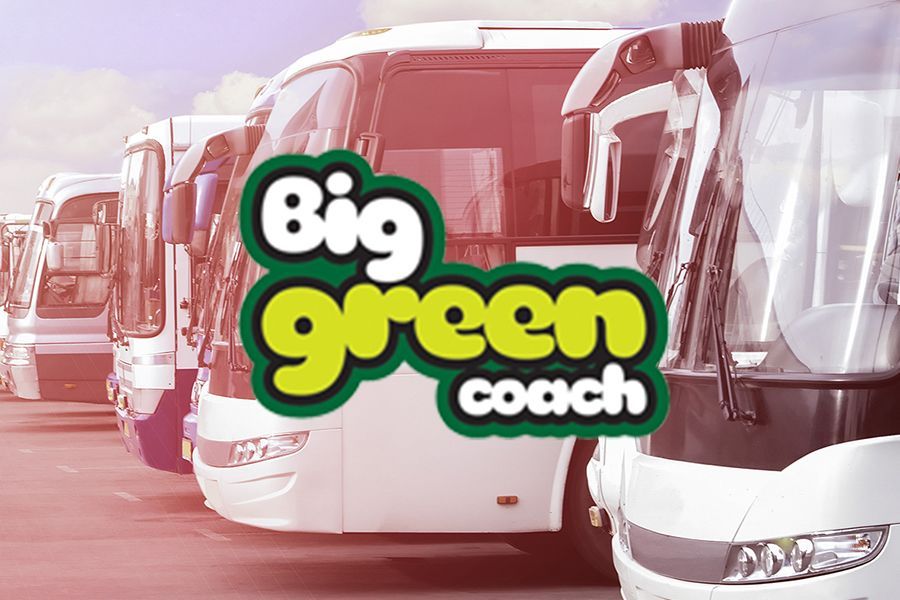