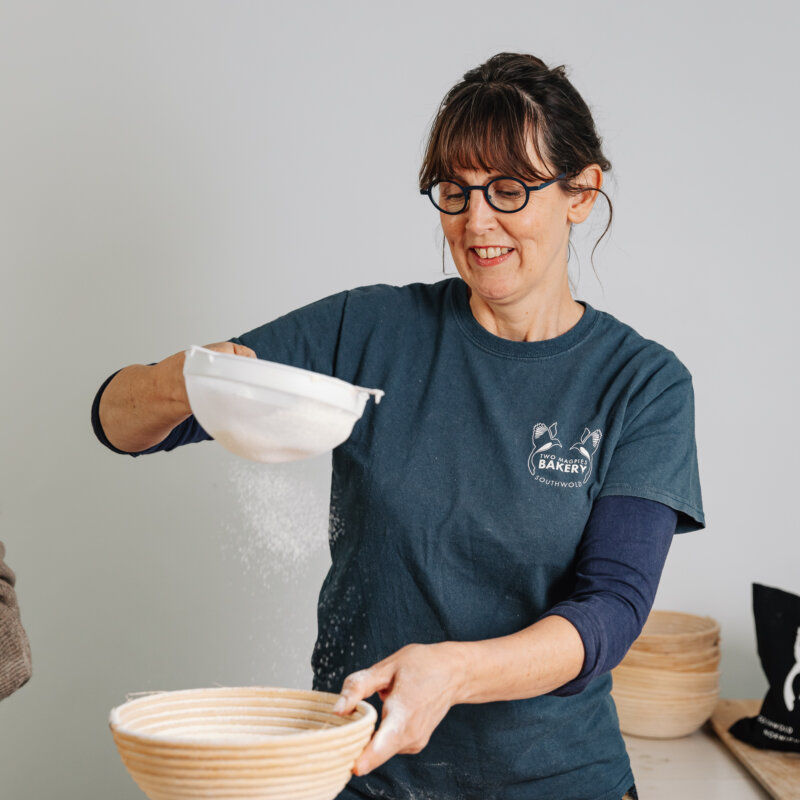 Rebecca, an award-winning bread baker, started her career as an art teacher, baking bread and developing recipes in her spare time.

In 2013, she followed her dreams and opened Two Magpies Bakery in Southwold, within the year it was shortlisted for the Observer Food Monthly Awards. Rebecca’s 2 Magpies Bakeries are now iconic east coast destinations, winner of many national awards for the excellence of their craft baking, and members of the Real Bread Campaign. There are now no fewer than 7 Magpies (for a secret never to be told, of course) with the latest branch in Woodbridge, and a baking school which Rebecca hosts herself. Yet, when Rebecca first appeared at Theatre of Food there was only a single shop. The first draft of Rebecca’s baking book is already at the publishers, to be released in 2023!

Check Rebecca out at 12:30 on Friday at the Theatre of Food, in conversation with Chris Young of the Real Bread Campaign.