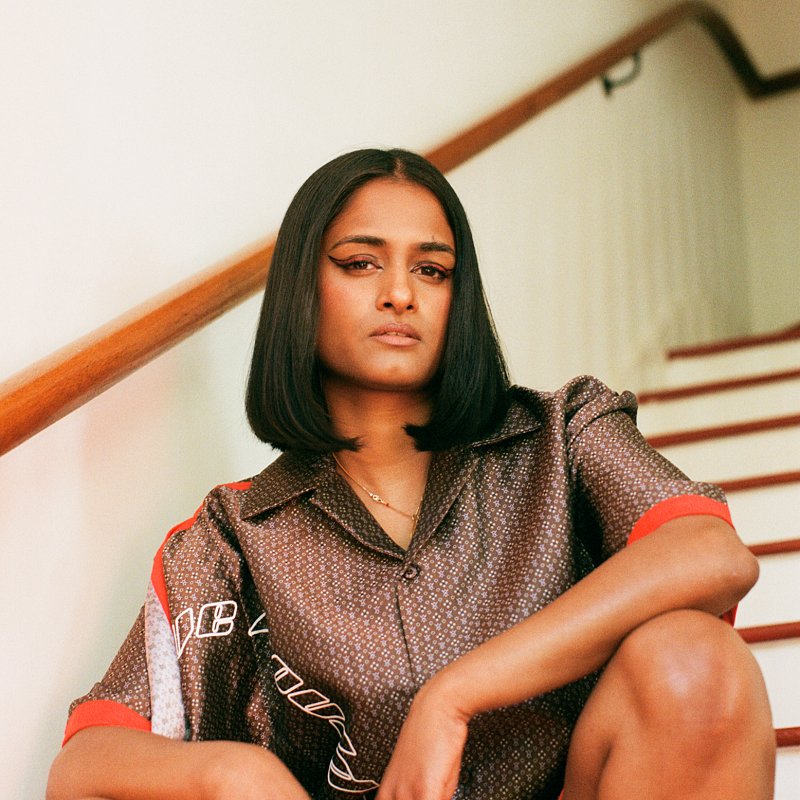 Someone as unique as Priya Ragu only comes around once in a generation. The Tamil-Swiss artist approaches her music with an extraordinary life experience, a globally focused creative vision and a way of translating music that’s genuinely incomparable.

While she could be described, widely-speaking, as R&B, Priya’s music isn’t like any R&B you’ve heard before. It’s both vaguely familiar yet completely unrecognisable. Imagine Kehlani, Summer Walker or Snoh Aalegra suffused with South Indian instrumentation and you’re in the ballpark of the wonder, the profound magic of Priya’s brilliantly beguiling music. Produced by her brother, Japhna Gold, and written entirely by Priya and her brother, the music is bathed in the sounds of their heritage, from stunning Kollywood samples (similar to Bollywood, but originating from Tamil Nadu in South India) and Krishna mantras to traditional tabla and the Tamil language itself.

Her music is an essential snapshot of Sri Lankan and South Indian sounds; from the street dances of Kuthu to religious chants typically heard at temple, to the influence of musicians such as Ilyaraja, Deva and A.R. Rahman, yet all the while it manages to be firmly, solidly of the moment.