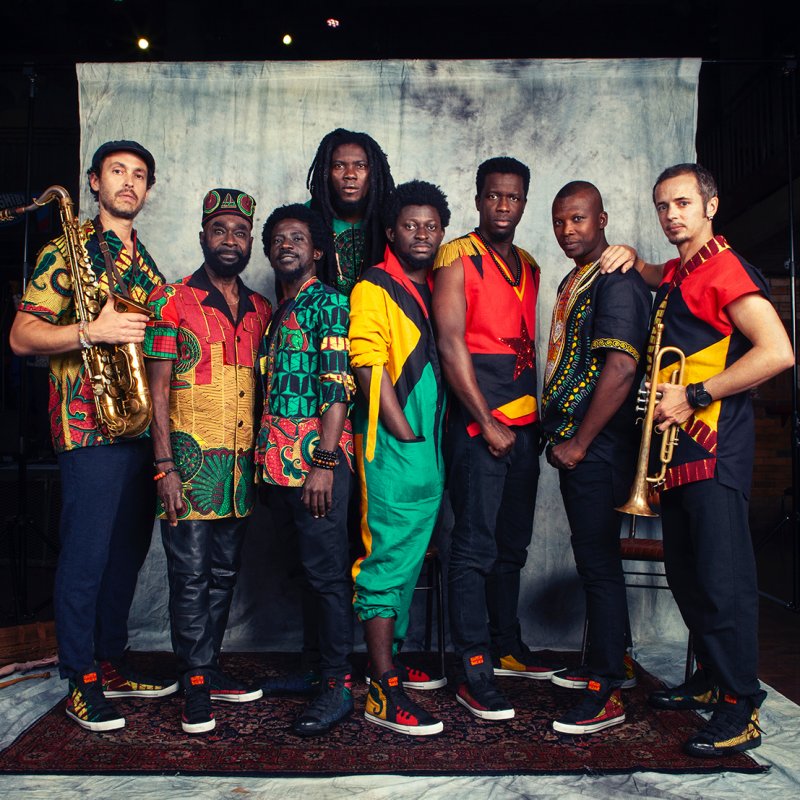 The modern-day leaders of Ghanaian highlife music are back!

Pat and the Kwashibu Area Band (named after Kwame’s neighborhood in Accra) hit the road in October 2015. After a memorable performance at WOMEX in Budapest, they never looked back.

Their new album is called ‘Obiaa!’ which means ‘Everybody!’. While simultaneously looking back towards the classic days of highlife and forward to a modern revival of the guitar band sound, this album puts Pat Thomas & Kwashibu Area Band exactly where they belong: at the front, dancing with everybody.