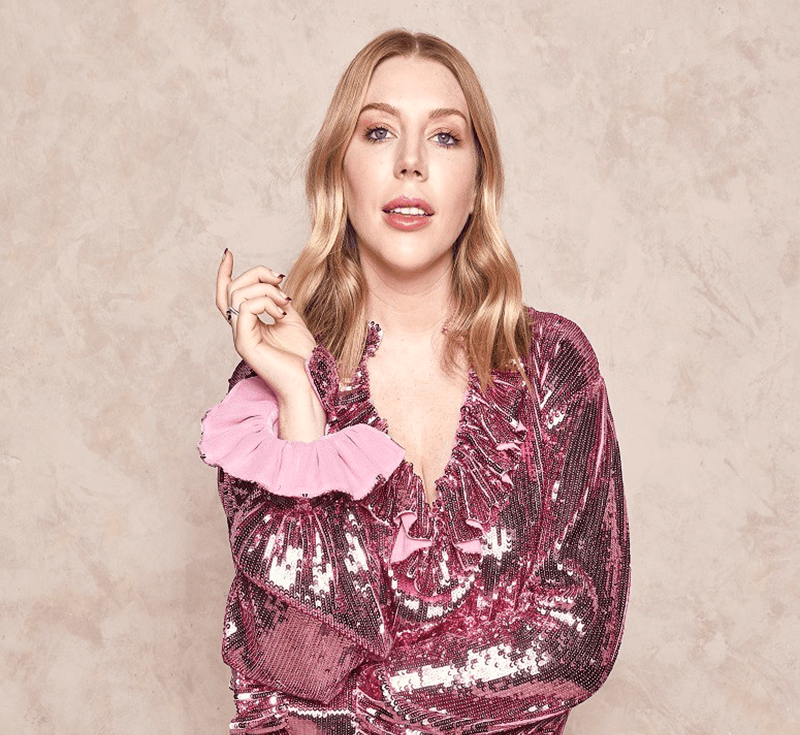 Award-winning comedian, writer, presenter and actress, Katherine Ryan is currently dominating the television and live comedy scenes, both in the UK and abroad. Katherine starred in, wrote and executive produced her sitcom, The Duchess, which was released in 2020 and leapt to the top of the Netflix UK chart.

Katherine has filmed two critically-acclaimed Netflix Global stand-up specials – Glitter Room and In Trouble. Katherine hosts the primetime BBC Two jewelry-making competition series – All That Glitters – which aired to fantastic viewing figures. A second series will film this year. She will soon be seen hosting ITV2’s marquee show, Ready to Mingle, as well as Backstage with Katherine Ryan for Amazon. She has been a stalwart on all the UK’s major panel shows, and has co-hosted six series of Your Face or Mine alongside judging four series of Roast Battle for Comedy Central as well as being a judge on Netflix’s first panel show The Fix. Outside of television, Katherine has sold-out venues across the world with her unique shows and will be touring her new show Missus from September. She has also written a book – The Audacity – which will be published by Bonnier in September as a super lead title. Her podcast Telling Everybody Everything frequently tops the podcast charts and is hosted by market-leader Acast.