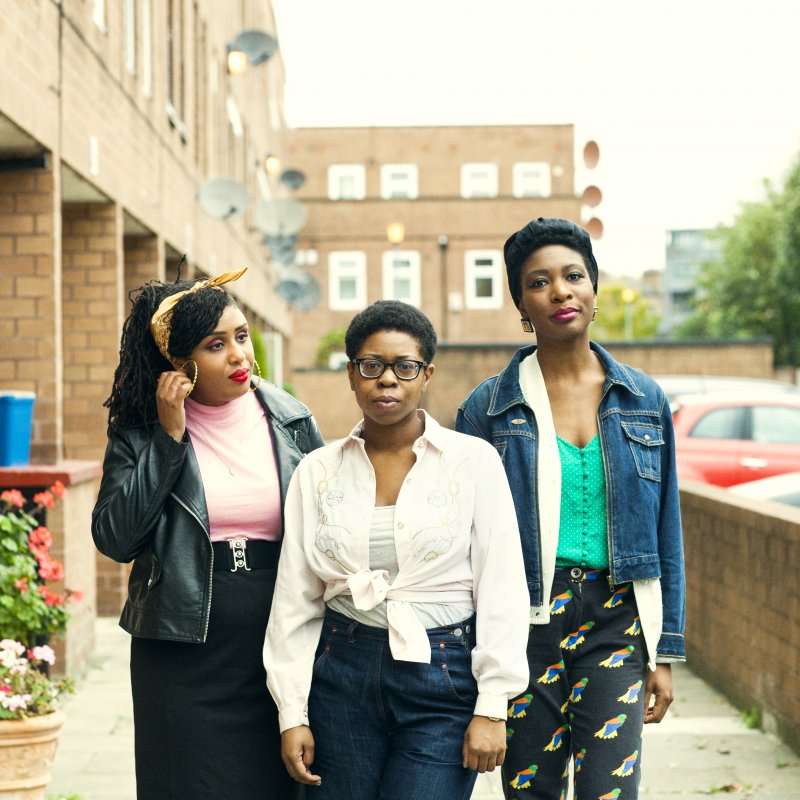 Big Joanie are a black feminist punk band. They’re like The Ronettes filtered through 80s DIY and 90s riot grrrl, with a sprinkling of dashikis.

Based in London, UK, Big Joanie formed in the summer of 2013 to play at​ ​First Timers​ (a gig where each band plays their set for the very first time) at the close of the year. The band also functioned as a space where its members (Stephanie Phillips, Chardine Taylor-Stone and Estella Adeyeri) could be completely themselves as black women, and within it discover their own power in creativity.

Black feminism is at the heart of Big Joanie’s music and actions, and with the release of ​’Sistahs’ the band hope to spread their message even further.